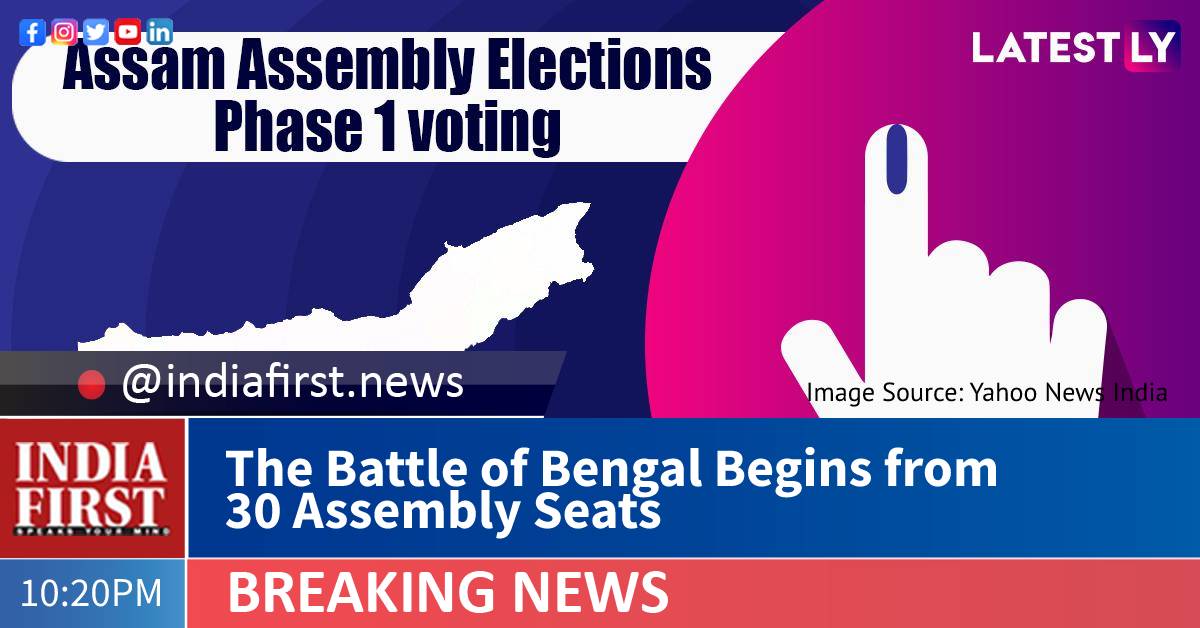 The first phase of voting in 30 Assembly constituencies of West Bengal is under way with 191 candidates in the fray today.

Of the five assembly elections, West Bengal has the maximum number of seats and highest phases staggered into eight.

Trinamool has complained to the Election Commission that they apprehend voters to be threatened in Nandigram. Raising concerns about voter safety in the state and the party approached the EC yesterday saying electorates were already being intimidated in Nandigram, Bhagwanpur, and Haripur.

Media reports showed an election vehicle being set on fire in Purulia’s Bandwan, hours before the polling began. There was tension reported from Tulsidi village where the fire incident took place.

Security forces are keeping a close vigil in the area, surrounded by forests that were once Maoist hideouts.

Trinamool MPs Derek O’Brien and Kakoli Ghosh Dastidar have visited the EC office in Kolkata to raise the issue. “Many people with criminal records are living in Nandigram, Bhagwanpur and Haripur –  are not voters of the constituency. Voters are being scared and threatened. The Election Commission should ensure voters’ safety,” Dastidar said.

“Mo-Sha (Modi and Shah, whom he encrypted as mosquitos in Bengali) and members of the Tourist Gang (meaning the BJP) will continue trying to destroy every institution,” he said, adding that, “Women in Bengal will continue to wear saris any way they want.”

Reports of EVM malfunction were reported from two polling booths in Kharagpur. The EVMs in booth number 98, 99 had stopped working temporarily due to a technical glitch, reports in the media said. The people said they waited for over two hours to cast their votes.

In Purulia, allegations were raised by the BJP against former minister and Trinamool candidate of purportedly distributing cash among the voters. The BJP has filed a complaint with the poll body.

The BJP workers also complained about Trinamool workers “unleashing terror” in poll-bound districts in collusion with a section of the state police.

Earlier in the day, Prime Minister Narendra Modi urged voters in a tweet: “Today, Phase 1 of the West Bengal Assembly elections begin. I would request all those who are voters in the seats polling today to exercise their franchise in record numbers”, just before polling got under way in the state around 7 a.m.