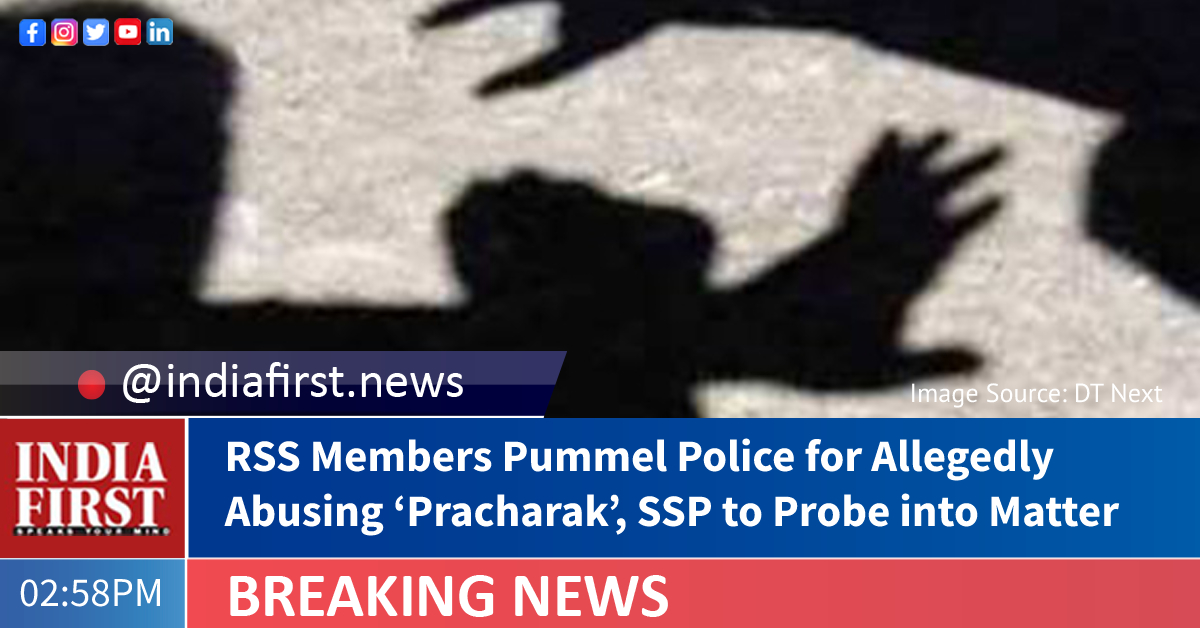 A scuffle broke out between supporters of the Rashtriya Swayamsevak Sangh (RSS) and police in the Kumbh region of Vrindavan after an RSS member accused the police of assaulting a ‘pracharak’.

Several policemen were later thrashed in public while a video of the incident went viral.

The scuffle took place yesterday after some policemen allegedly misbehaved with RSS Zila Pracharak Manoj Kumar, while he was taking a bath in Yamuna river at the Kumbh fair of Vrindavan.

Soon after the incident, a video of the alleged incident went viral on social media, purportedly showing some youths entering into an altercation with two or three policemen and one of them hitting a policeman on his back with a helmet.

Following the incident, local Bharatiya Janata Party activists, went on dharna in protest against the alleged misbehaviour of the policemen, necessitating the intervention of senior administrative and police officials in the matter.

The RSS activists called off the dharna only after Senior Superintendent of Police Gaurav Grover and District Magistrate Navneet Singh Chahal promised action against the erring policemen.

An aide of Manoj Kumar has been booked for assault of four policemen, including a sub-inspector.

Vishwa Hindu Parishad (VHP) worker Bacchu Singh has demanded legal action against those who assaulted and abused RSS officials in the Kumbh region.