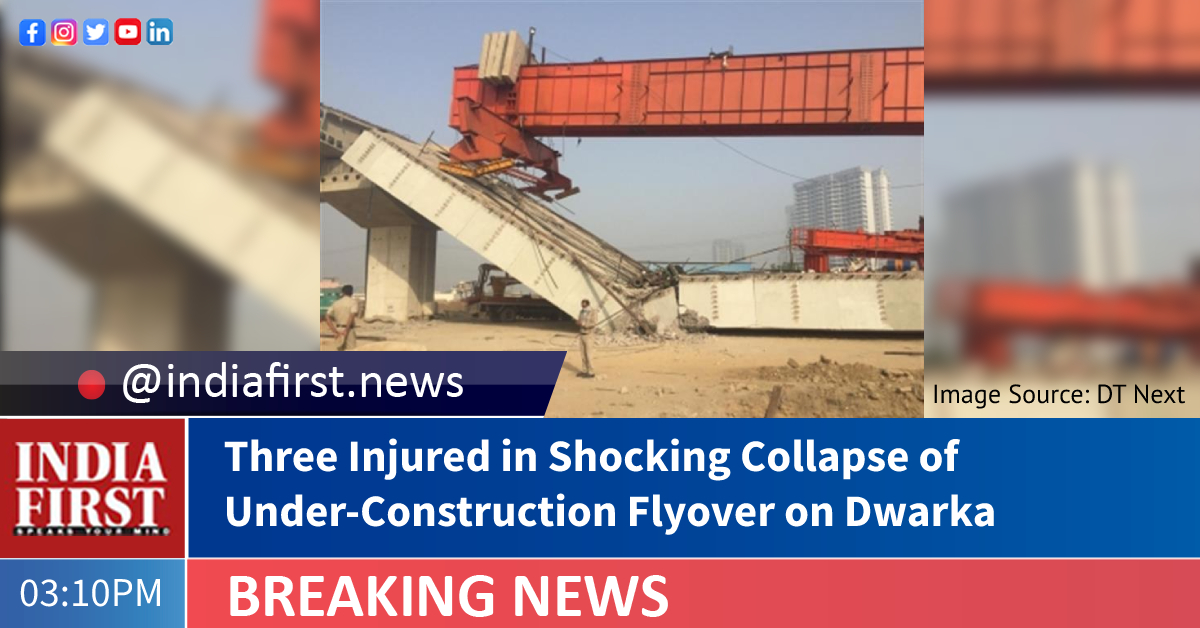 Two slabs of an under-construction flyover on the Dwarka Expressway near the Daultabad village Chowk collapsed today at around 7.30 a.m.

The broken span is part of the 29-km long expressway, which is intended to connect Kherki Daula on the Delhi-Gurugram Expressway with Shiv Murti near Mahipalpur.

According to the police, three persons were injured when the huge concrete slabs fell. The injured, said to be labourers, were hospitalised immediately. Later the area was cordoned off.

A police team along with Deepak Sharan, DCP (west) rushed to the spot to take stock of the situation. A civil defence team also reached there.

Engineers from Larsen & Toubro were also present on the spot. The officials of the National Highways Authority of India (NHAI) later visited the spot and started an investigation.

“We are still trying to determine the reason for the collapse. The Expressway is being built by the NHAI,” an official with the authority said.

“We had cordoned off the entire area while work to clear the debris began. Three workers were injured in the incident. They have been admitted to a private hospital for treatment. The flyover is being constructed in the middle of the road, so it did not affect traffic movement on either side. State Disaster Response Force and civil defence teams were deployed at the spot,” said the DCP.

Meanwhile, the eye-witness told the police that they heard a loud sound when the concrete slab fell on the road. They said a major accident was averted as there were not too many people at the site when the incident occurred due to the Holi festival.

“Preliminary reports suggested that a few girders installed between two pillars fell all of a sudden, leading to the incident and the reason could be some mechanical problem,” said a district administration officer requesting anonymity.

“The span of that section of the flyover was under construction. We will have to investigate this to find out why it happened. This will be cleared after a detailed investigation,” said an official from NHAI.

Recently, Union Minister for Road Transport and Highways Nitin Gadkari had reviewed the construction work of the Dwarka Expressway to assess the status of the project and suggested improvement measures to the NHAI officials.

The NHAI has been working on this project since 2008. The expected cost of the project is Rs 7,000 crore. Work on the Dwarka Expressway project, started by the state government, was originally expected to be completed in 2014 but due to delay in land acquisitions, the project was transferred to the NHAI in 2016.

Once completed, the project will solve the problems of traffic congestion and vehicular pollution in the Delhi-NCR region. The Dwarka Expressway project is a bypass to Delhi-Gurugram section of the Delhi-Jaipur Expressway (NH-48).