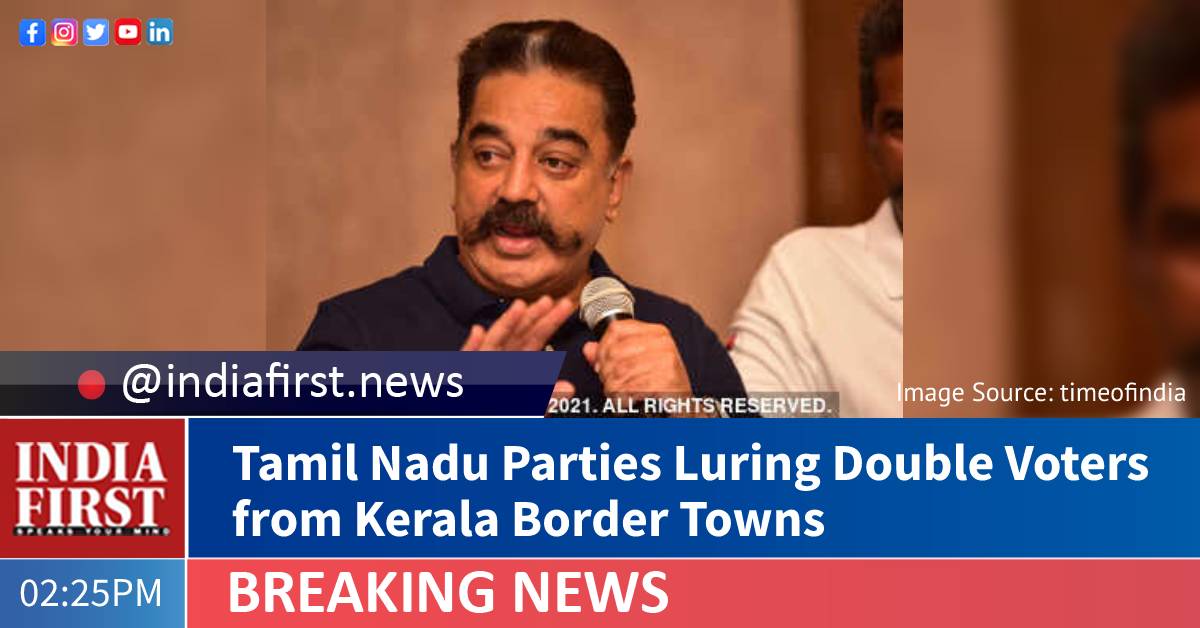 The parties in Tamil Nadu engaged in fierce electoral battles are mulling new options to stay afloat and clinch victories. One such instance is that several families in the bordering Coimbatore district in Tamil Nadu also cast their votes in the Palakkad district of Kerala.

It will be a tough four-cornered fight in Coimbatore South constituency this time, with actor-turned-politician Kamal Haasan being the major attraction of the constituency. Vanathi Srinivasan, the National president of the BJP’s Women Wing is contesting this Assembly seat in a coalition of AIADMK-BJP-PMK combine, while Mayura Jayakumar is contesting on a Congress ticket in alliance with the DMK and the former MLA R. Doraiswamy is contesting as an AMMK candidate.

With several voters in the borders adjoining Kerala having twin votes in Kerala and Tamil Nadu, the cash-rich political parties in Tamil Nadu are appeasing voters along Kerala borders with freebies.

A senior leader of a political party in Tamil Nadu requesting anonymity said: “Yes we are speaking to the people across the border in Kerala and several people have twin votes. If we give them good offers, they will come and vote for us.”

In a similar vein, parties in Kerala are wooing the voters travelling across the border to exercise franchise in Tamil Nadu.

V. Sasi, Member of Kerala Legislative Assembly and Communist Party of India (Marxist) leader, said:  “The voters of Kerala are politically conscious and I don’t think that they will go to Tamil Nadu for some freebies. We are trying our best that they vote here itself as we are also engaged in a tough electoral battle.”

Several families who have votes in Coimbatore South constituency have already reached Tamil Nadu and, according to reports, there are nearly 7,000 voters in Chittur, Malampuzha, Nenmara and Manarkad Assembly constituencies of Palakkad, which have votes in Tamil Nadu as well.

These voters have both ration cards and voter identity cards in both the states and most of them are small traders, local businessmen, toddy tappers and most of them reside in the border areas of Walayar, Govindapuram, Meenakshipuram, Gopalapuram and Chavadippaara.

While parties in the border constituencies of Kerala are trying to hold back these voters, many have already left for Tamil Nadu in search of greener pastures.

Rajani (name changed) said: “Other than freebies, we will get a chance to click a selfie with our all-time megastar Kamal Haasan who is a candidate in the Coimbatore South constituency. This is one opportunity that I don’t want to miss, and this opportunity is gone after the elections are over. Come what may, I will go to Coimbatore and vote there.”