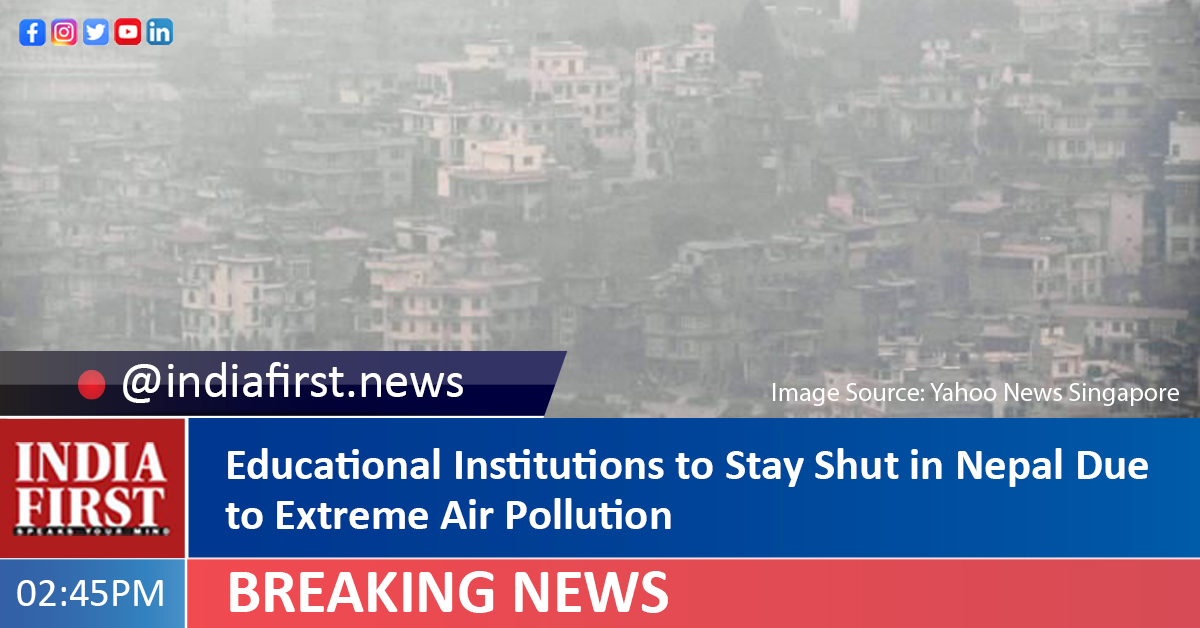 The Nepal government has announced that it is shutting all educational institutions for the next couple of days owing to the severe deterioration of air quality in the recent period.

The Ministry of Education, Science and Technology said that the increasing levels of air pollution could adversely affect the children’s health.

A meeting, chaired by Education Minister Krishna Gopal Shrestha, took the decision to close down all education institutions owing to the rising air pollution and its possible impact on children’s health, according to a statement issued by the Ministry yesterday.

Nepal is experiencing a serious spike in air pollution, with thick smoke blotting the skyline across the country since Wednesday and this also affected flights. Almost all national and international flights have been cancelled since Wednesday.

The Ministry of Health has already cautioned people with breathing ailments and others medical conditions not to leave the house due to the rising air pollution.

Kathmandu and other major cities of Nepal have seen the massive deterioration of air quality since Wednesday as smoke and haze continuing to cover the skies.

Environmentalists said that ranging wildfires as well as vehicle emissions have been causing the rising air pollution across the country.

As many as 480 wildfires have been reported across Nepal, according to the Ministry of Forest and Environment, as a result of which dense smog has settled over a major part of central Nepal and the air quality in major cities of the region is getting worse day by day.

The wildfire season in Nepal begins sometime between November and December and continues until the onset of the monsoon. The last week of April is considered the peak season for forest fires.

On March 26, Kathmandu was listed as the world’s most polluted city in terms of air quality.

Meteorologists say that it would take a few more days for the air to become clear and breathable.