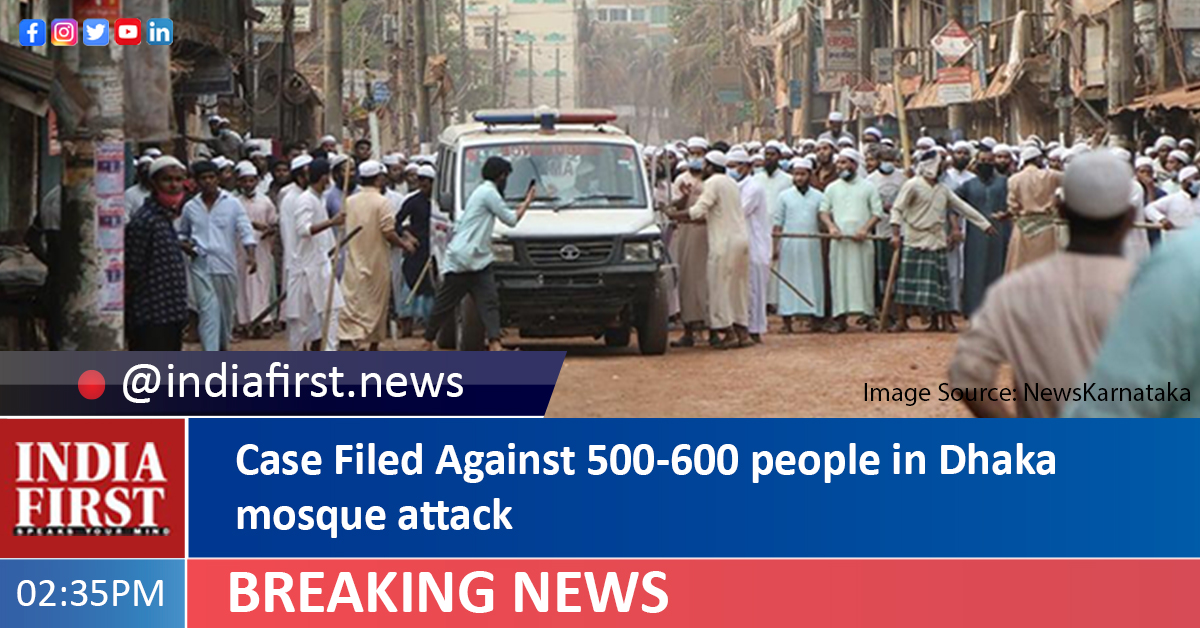 A case has been filed against 500 to 600 unnamed accused in connection with the clash at Baitul Mukarram National Mosque in Dhaka yesterday, amid the nationwide strike called by Islamist groups to protest Indian Prime Minister Narendra Modi’s two-day visit, according to the country’s police.

Meanwhile, life was limping back to normal across Bangladesh after violence in various parts of the country yesterday after another dawn-to-dusk strike called by the Hefazat-e-Islam and the banned Jamaat-e-Islami.

In the mosque violence case, around 500 to 600 unnamed people have been made accused in the case filed at the Paltan Police Station on the night of March 26, its officer-in-charge Abu Bakar Siddique said.

At least 50 people were injured in the clash, as Hefazat activists staged demonstrations, attacked devotees and set fire to their motorbikes, as well as pelting stones at the police.

On the morning of March 26, Hefazat militants had set on fire the Brahmanbaria station, crippling train services on various routes. Several trains remain stranded in different stations due to the suspension.

During Sunday’s strike, clashes, vandalism, arson attacks and road blockades were reported from different parts of the country, including Dhaka, Sylhet, Rajshahi, Chittagong and Brahmanbaria.

Road communications between Chittagong and other parts of the country had remained suspended since Sunday noon as no long-route bus left the city due to the strike.

At least 200 people were injured when a mob hurled bricks on Chittagong-bound intercity Sonar Bangla Express train in Brahmanbaria on Sunday morning. The violent agitators also set fire to 50 year-old rail-bridge between Ashuganj and Brahmanbaria.

A group also vandalised the Hathazari police station, and Hathazari land office in Chir, set fire to a vehicle, and attacked the local people.

Traffic also resumed on the Chittagong-Khagrachhari road on the night of March 28.

However, Hathazari Upazila Nirbahi Officer Ruhul Amin said the vehicular movement on the road resumed around 10 p.m. after the Hefazat men withdrew the blockade following a fruitful meeting with the local administration.

Hefazat central unit’s Organising Secretary Allama Azizul Haque Islamabadi said: “The local administration sat with us several times and after getting assurance, the Madrasa students withdrew their blockade after the end of our day-long hartal.”