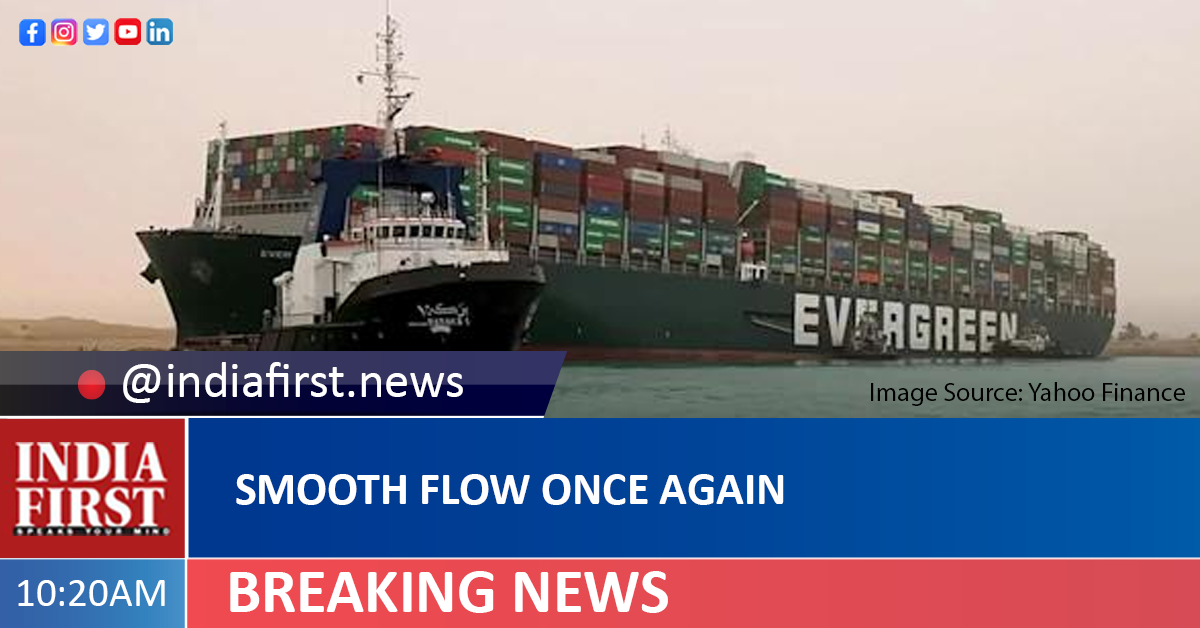 The ship that had blocked the Suez Canal for six long days and threatened global trade has finally been freed.

The container ship that blocked the Suez Canal has been freed and is now on the move.

Reports said the Even Given was under way and heading for the Great Bitter Lake further along the canal, about 45km away. Boskalis, the salvage company involved in the rescue, said the ship would undergo a full inspection there.

Egyptian President Abdel Fattah al-Sisi yesterday hailed the “success” of an operation to unwedge the giant Ever Given container ship, stuck in the Suez Canal for nearly a week.

“Today, Egyptians have been successful in putting to an end the crisis of the stranded ship in the Suez Canal, despite the enormous complexity surrounding the process,” Sisi said on Twitter.

The Suez Canal Authority announced in a statement that the ship, which has blocked the Suez Canal for six days now, has been successfully refloated and is “no longer grounded”.

The head of the salvage firm called in to free the ship said there was “unprecedented” time pressure.

Peter Berdowski, chief executive of Boskalis, said in a statement: “Shortly following the grounding of the Ever Given we were requested through SMIT Salvage to provide assistance with the salvage operation.

“I am excited to announce that our team of experts, working in close collaboration with the Suez Canal Authority, successfully refloated the Ever Given on 29 March at 3.05 p.m. local time, thereby making free passage through the Suez Canal possible again.”

Admiral Osama Rabie, Chairman and Managing Director of the Suez Canal Authority (SCA), had announced that the Panamanian container ship has been successfully refloated. This was the result of successful push and tow manoeuvres which led to the restoration of 80 per cent of the vessel’s direction; with the stern 102 metres away from the bank of the Canal now instead of 4 metres prior to the refloating.

“His Excellency, Admiral Rabie, would like to reassure the international navigation society as navigation shall be resumed immediately upon the complete restoration of the vessel’s direction and directing it to the Bitter Lakes waiting area for technical inspection,” the SCA statement said.