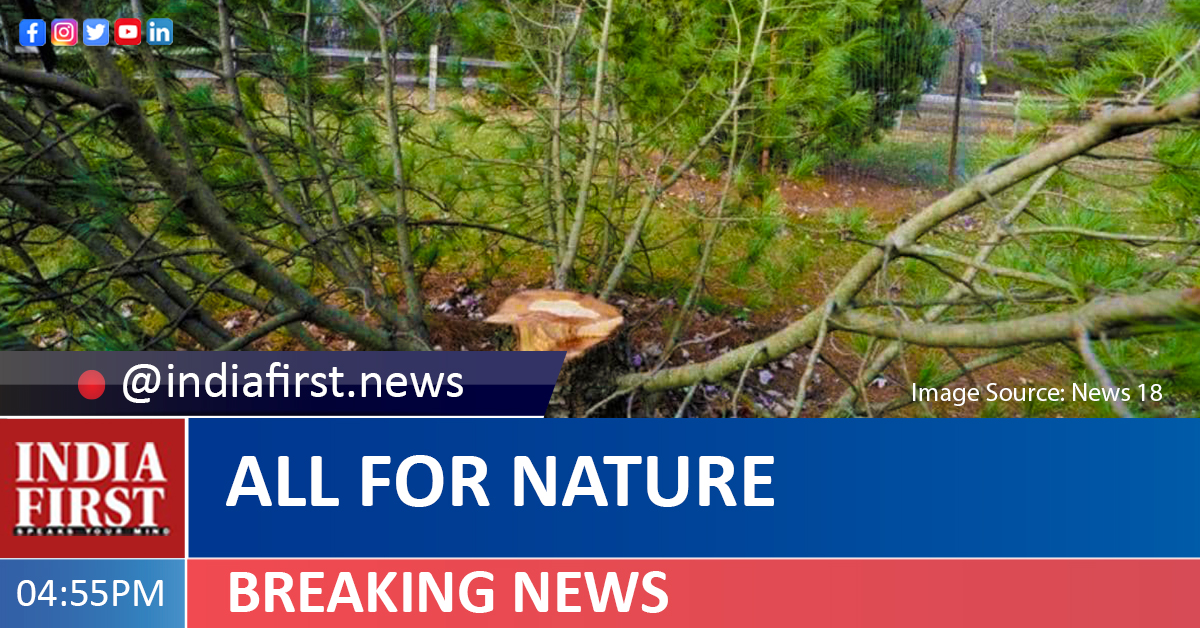 Thanks to one’s man tireless efforts and his supporters’ unwavering dedication, Vizag city has a biodiversity haven amidst its concrete jungle.

It’s an environmentalist’s sweet spot right in the middle of the bustling port city of Visakhapatnam, in Andhra Pradesh. Surrounded by a concrete jungle of towering buildings, is Andhra Pradesh’s only biodiversity park of its kind, quietly spreading the good word on ecology and conservation.

Over the past 20 years, thousands of young impressionable student minds have volunteered at the Biodiversity Park, seen nature at work from close quarters, and returned as converts to the cause of protecting Mother Nature.

The biodiversity park in Vizag, is unique in that despite a spread over a relatively small area of 3 acres, it is home to no less than 2,000 plant and tree species, 160 varieties of butterflies, 60 bird species, and numerous organisms.

This man-made haven of biodiversity is the result of the tireless efforts of a marine biologist-turned zoology professor Dr M. Rama Murthy who along with his wife, set up the Dolphin Nature Conservation Society in 2001.

The biodiversity park is an ode to the unflagging spirit of the 66-year young retired professor, his wife, and the hundreds of students he taught over the decades.

The beginnings were humble but slowly the idea of setting up a diversity park took shape in Murty’s mind.

“Initially we used to organize tree plantation campaigns, awareness camps, and nature treks. But students felt we should have something more substantial and that’s how the idea for a biodiversity park was born. A place where students can actually see nature at work. We brought in seeds and saplings from authorised sources in places like Dehra Dun, Bengaluru, and Kozhikode.”

While the society was established in 2001 and began working on the biodiversity park, the origins go back further.

It all began in 1986 when Murthy set up the ‘Penguin Nature Club’ at the college he was working in, in association with the WWF.

However, to cater to a larger cross-section of interested students from different colleges, the Dolphin Nature Conservation society was registered and the Penguin Nature Club amalgamated into it.

A sympathetic district administration allotted the society a 1,000 square yards of land in the premises of the Rani Chandramani Devi Hospital. The society had to literally clear the land, square inch- by-square inch, as it was overrun with weeds, and littered with trash and medical wastes from the hospital.

Slowly but surely, the results became evident as the land regained lost fertility, and thrived with greenery.

Subsequently, the land allotment was increased, to its present 3 acres, and the biodiversity park took its present shape.

The park boasts three different ecosystems – aquatic, desert, and hill. Almost all the major plant and tree specimen of the subcontinent thrive here. Despite the ambient humidity, the society used a bit of ingenuity to grow some of the cold environment species too – like growing orchids on tree branches.

The park is home to an assortment of birds ranging from the Golden-backed Woodpecker, Spotted Owlet, Parakeet, Brahminy Starling, and Greater Coucal, to the Red-whiskered Bulbul, Purple Sunbird and Barn Owl.

Separate sections for different categories of flora, include a section for sacred groves, where plants and trees considered holy by different sections of society are planted. Similarly, there is a section dedicated for gymnosperms or living fossil plants dating back to the Jurassic period.

The profusion of fauna in such a limited area is something which makes the park stand out.

However, Murthy feels it serves a purpose. “Regular botanical gardens are vast and spread over hundreds of acres. Who will be able to see the entire park if it is so large? Who will be able to explain all that? That’s why we say any biodiversity park or garden should be small enough to visit easily.

“So that students can spend half a day and see the biodiversity. Our biodiversity park is really such a wonderful, living lab with all systems. In all text books of CBSE or others, whatever is being taught we’re showing it here,” he says.

His supporters, spread all over the world, join in whenever possible. Mamata, a former student and founder volunteer of the DNCS, presently residing in Bengaluru recalls how the volunteering changed her outlook towards nature conservation.

“I’ve seen that place change right in front of my eyes, in five years. When we started, we used to find so much trash. We cleaned the ground and rejuvenated the soil. Within five years, the place became a nature-lover’s paradise. It has been a life-changing experience for me. Whenever Murthy sir reaches out to us, we immediately rush to Vizag and lend a hand,” she says.

The DNCS is no stranger to unforeseen challenges. Advisor to the DCNS, Professor Kameswara Rao recalls how Cyclone Hudhud laid waste to the park in 2014.

“During Hudhud, the park was extensively damaged. Almost all the trees got uprooted, the green house collapsed and everything in the park suffered damage. We lost most of the sensitive species. But everybody got back to work immediately. Wherever possible, damaged trees were bandaged and helped to regrow. The sensitive plant species that perished were procured and replanted. Within a year and a half, the park was back to normal.”

Cut to year 2020, and the Covid pandemic has forced schools and colleges to shut down. Compared to around 50,000 student visitors per year previously, visitor footfalls to the park have come down drastically for a year now. But DNCS continues to soldier on.

With no official support worth the name from the government, it’s been tough going for the DNCS. A little help comes in from the district authorities while volunteers and former students step in from time to time with donations and service. The rest of the work is handled by Murthy and his volunteers.

Ever since his retirement in 2013, the biodiversity park has become a full-time vocation for the retired professor.

Having put in close to Rs 40 lakh of his personal money into the park over the past three decades, he hopes the state government comes forward to help out.

“The thing is the gene bank, the wonderful precious gene bank of plants, should be carried forward for the future generations to enjoy and conserve. This is our main concern and problem.

“Government should come forward to identify and if they take up with our society as the nodal body or coordinating agency, we’ll be happy,” he signs off.