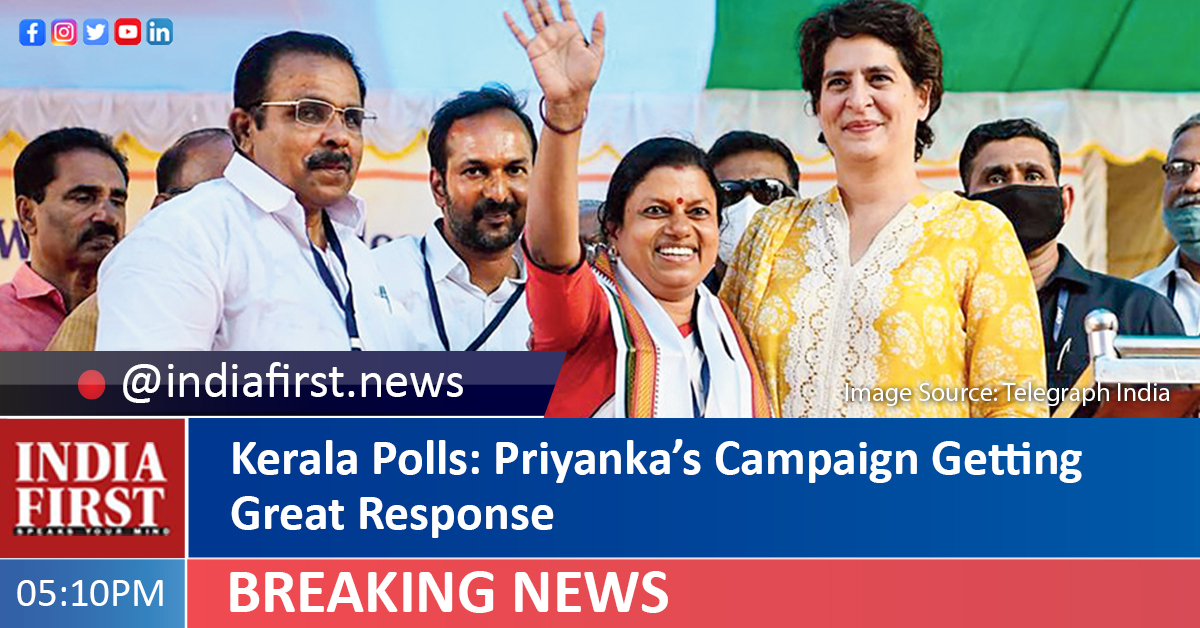 After receiving good response during her poll campaign in Kerala, Congress General Secretary Priyanka Gandhi Vadra has decided to visit the state capital again this weekend.

According to her original plan, she was to spend two days – yesterday and today – in Kerala, but a good show yesterday made her agree to come again this Saturday.

Kerala goes to polls on April 6.

On account of the huge reception she received in her road shows yesterday, all her planned programmes went haywire and she was unable to take part in all the election meetings at Nemom, where the Congress has fielded its star candidate, Lok Sabha member and son of K.Karunakaran – K.Muraleedharan, who is taking on former state BJP president Kummanam Rajasekheran.

Incidentally, Nemom is the only seat that the BJP managed to win in the 140-member Kerala Assembly in the 2016 Assembly polls. Then the seat was contested by an ally of the Congress-led UDF and the candidate managed to win just around 13,000 votes. Following the dismal show, the CPI-M has been attacking the Congress saying that it was due to a secret deal between the Congress and the BJP the lotus bloomed in Kerala.

On Tuesday evening, Priyanka was to have conducted a road show in Nemom but due to her late arrival from Kollam, things went haywire and the Nemom leg was cancelled, leaving Muraleedharan perplexed and he expressed his displeasure.

Following this, the senior Congress leaders took up the issue with Priyanka and she delayed her Wednesday’s trip to Kochi by half an hour and met Muraleedharan at the hotel. She promised him and the party candidate at Kazhakootam in the state capital- S.S. Lal, a medical professional who worked with the WHO, said that she will return on Saturday.

Priyanka yesterday created a huge impact in the districts like Alappuzha, Kollam and Thiruvananthapuram and today she is drawing huge crowds in Thrissur.

Incidentally, it has been the brother-sister duo of Rahul and Priyanka, who have turned out to be the star campaigners for the Congress-led UDF.