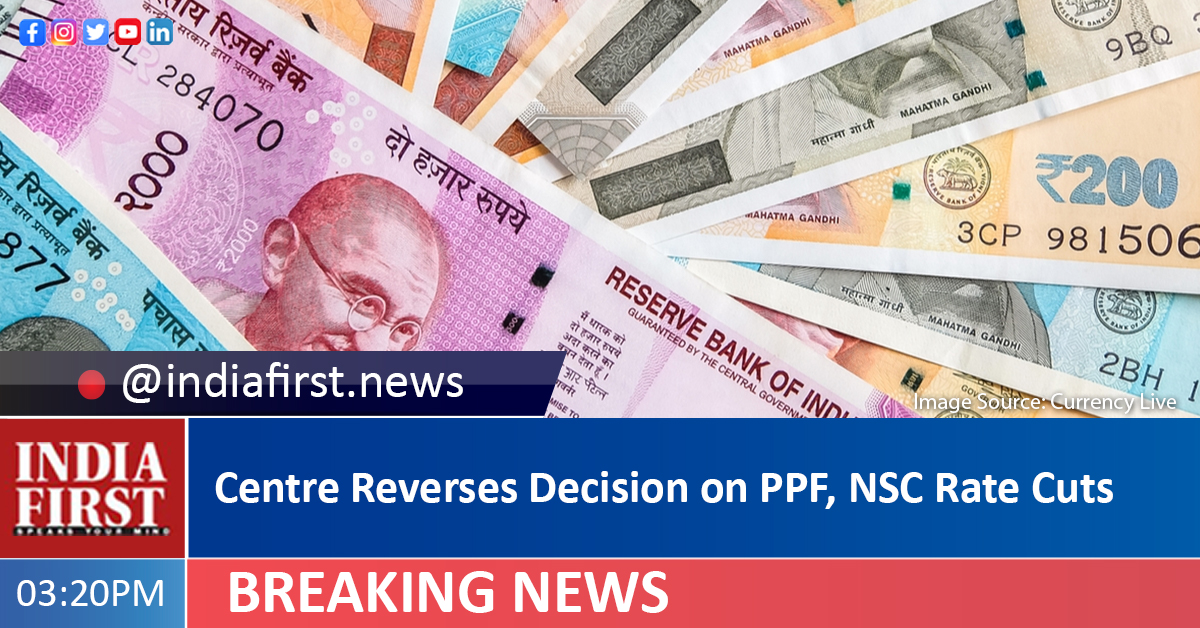 The Finance Ministry has withdrawn its order of a massive cut in interest rates on schemes like PPF and NSC.

“Interest rates of small savings schemes of GoI shall continue to be at the rates which existed in the last quarter of 2020-2021, i.e, rates that prevailed as of March 2021. Orders issued by oversight shall be withdrawn,” Finance Minister Nirmala Sitharaman announced.

Congress leader Digvijay Singh said the decision to roll back the step was taken due to fear of alienating the small saver and common man with the state elections currently on.

He sought a promise from the Finance Minister that it would not be implemented again once the elections are over.

Singh also said that how did “oversight” cause this decision-making and who is responsible.

A big cut in small savings schemes would have delivered a blow to savers who depend on these schemes for income and social security.

Conversely, this will reduce interest rates, bring down the cost of capital and spur capex and stock markets.

The government had revised the interest rates on small savings with effect from April 1, which has now been rolled back.