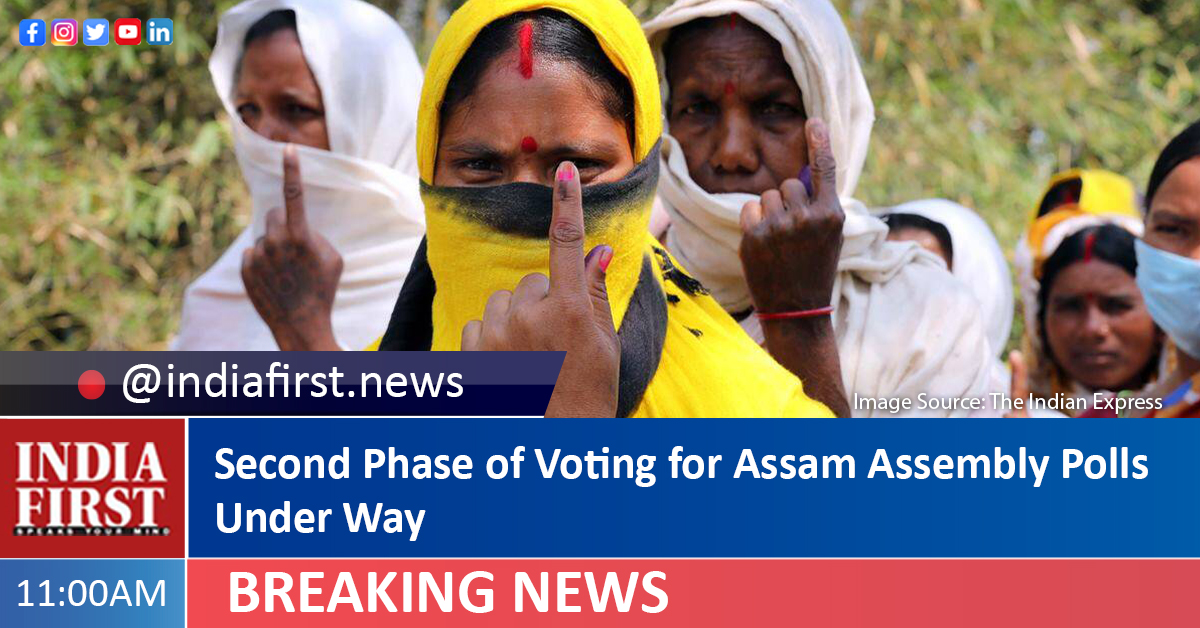 The voting for the second phase of Assam assembly elections began today morning amid tight security and all Covid-19 protocols, officials said.

Men, women and the first-time voters in large numbers queued up in front of the polling stations well before the voting for 39 of the total of 126 assembly seats opened at 7 a.m.

The polling would continue till 6 p.m. without any break in 13 districts.

Around 31,000 Central Armed Police Force personnel, along with thousands of state security force personnel, have been deployed to maintain law and order during this phase in which 42,368 polling personnel are engaged.

Suklabaidya is contesting from the Dholai seat for the seventh time on a BJP ticket, Hazarika from Jagiroad and Kalita from Rangia.

Former Congress Minister Gautam Roy is contesting from Katigorah on a BJP ticket, while former Deputy Speaker Dilip Kumar Paul, who resigned from the BJP after he was denied ticket and was subsequently expelled, is contesting as an Independent from Silchar constituency.

Covid-19 protocols for the voters, including social distancing and thermal screening, are being maintained.