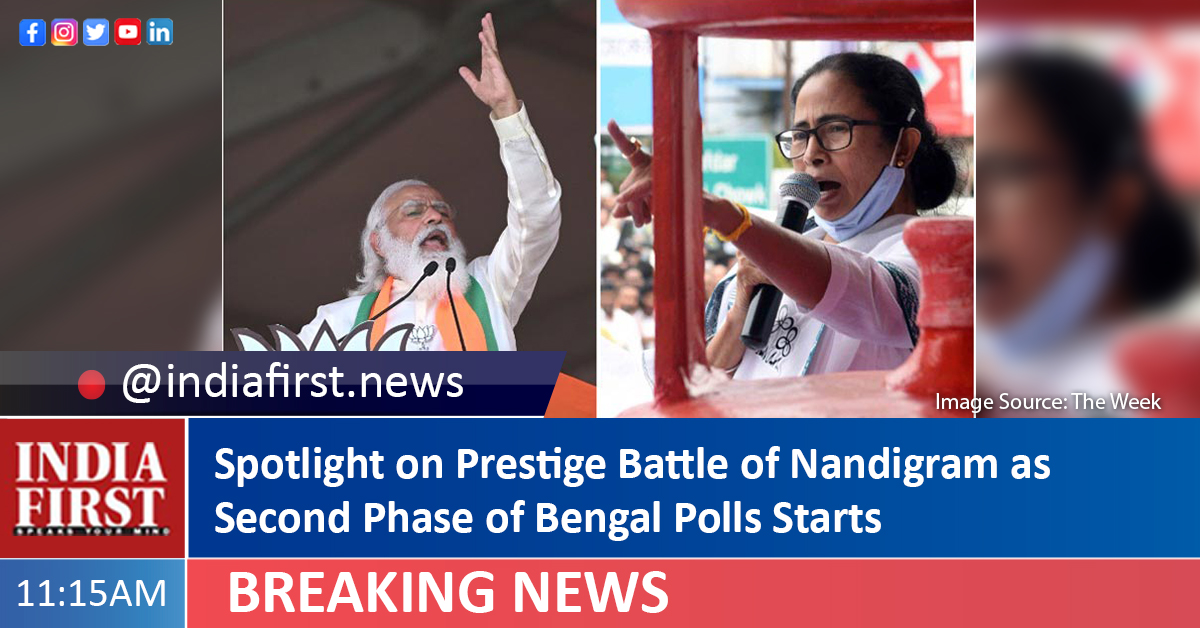 Voting for 30 seats in West Bengal’s second phase Assembly elections started amid tight security today, with all eyes on Nandigram where Trinamool Congress supremo Mamata Banerjee is locked in a fierce battle with confidante-turned-adversary Suvendu Adhikari of the BJP.

A total of 171 candidates – 152 men, 19 women – are in the fray in these elections which have been organised across the four districts of South 24 Parganas, Purba Medinipur, Paschim Medinipur and Bankura.

Polling will continue till 6 p.m.

The TMC has accused the BJP of murdering Golui.

Nearly 700 Central Armed Police Force (CAPF) companies have been almost deployed in all the districts to ensure a completely peaceful and fearless environment for polling.

All eyes are set on the high-profile Nandigram constituency, where the Chief Minister is pitted against Adhikari, her one-time loyalist-turned-rival).

Banerjee is seeking a third term in office from Nandigram Assembly constituency of Purbo Midnipur district.

For her, and the BJP, the battle for Nandigram is a prestige fight because it was the 2007 agitation against land acquisition in the region which catapulted the Chief Minister to the centre stage of politics in the state, paving the way for the Trinamool’s victory in the 2011 Assembly polls that ended 34 years of Left Front rule.

In the high-stakes poll battle this time, a victory is a must for Banerjee so that she can lead the government and keep together her party, which is faced with exodus.

For Adhikari it is a battle for political survival as a defeat would be a devastating blow and might also put a question mark on his political graph in his new party.

A victory would not only establish him as one of the tallest leaders in Bengal but would also push him few miles ahead of others in the Chief Ministerial race in case the BJP is voted to power.

Covid-19 protocols for the voters, including social distancing and thermal screening, are being maintained.