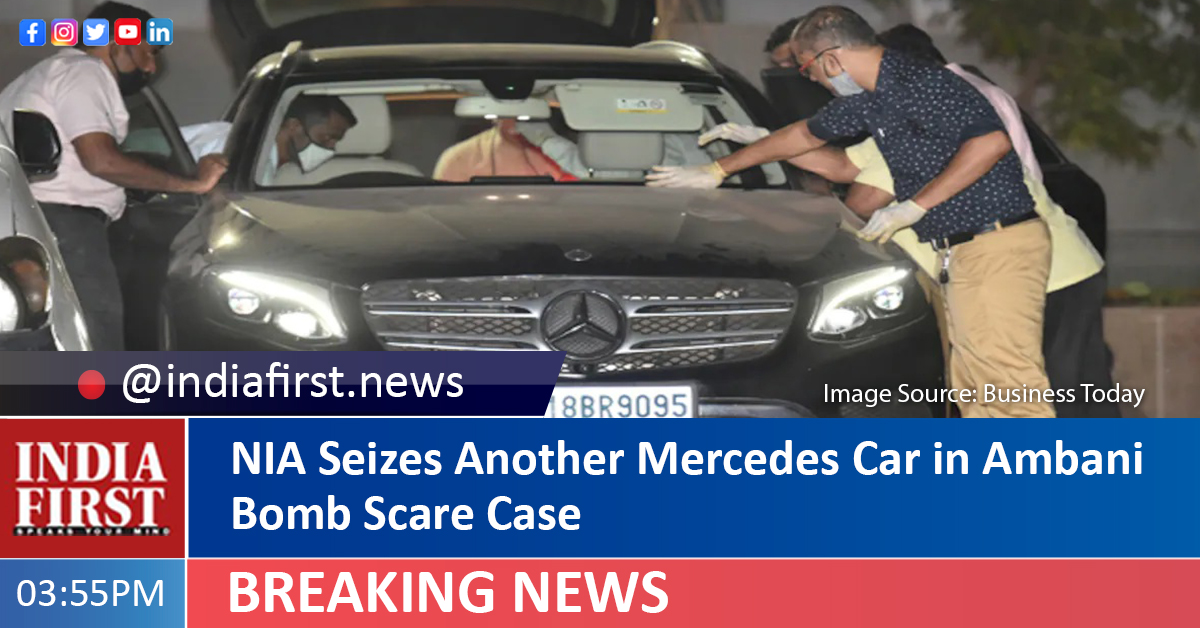 The NIA has seized another high-end car allegedly used by arrested suspended cop Sachin Vaze, the prime accused in the SUV planting case near the home of industrialist Mukesh Ambani.

This time it’s a white Mercedes which has been found from Panvel in Raigad district, and becomes the eighth vehicle seized so far as part of the investigations.

The NIA is trying to ascertain whether the car is in any way linked with the Vaze case or the death of Thane businessman Mansukh Hiren.

Earlier, the NIA had already seized a SUV Scorpio, which was abandoned near Antilia with 20 gelatin sticks and a threat note, an Innova, two black Mercedes Benz, a black Volvo, a LandCruiser Prado, a white Mitsubishi Outlander.

Efforts are on to trace an Audi vehicle which was seen in CCTV footages in south Mumbai along with Vaze and another accused, going to an unknown location.

Besides the cars, the NIA has recovered several fake registration number plates, a few bags, Rs 500,000 cash, currency counting machines and clothes, among other things, from the vehicles as well by divers from the Mithi River last week.