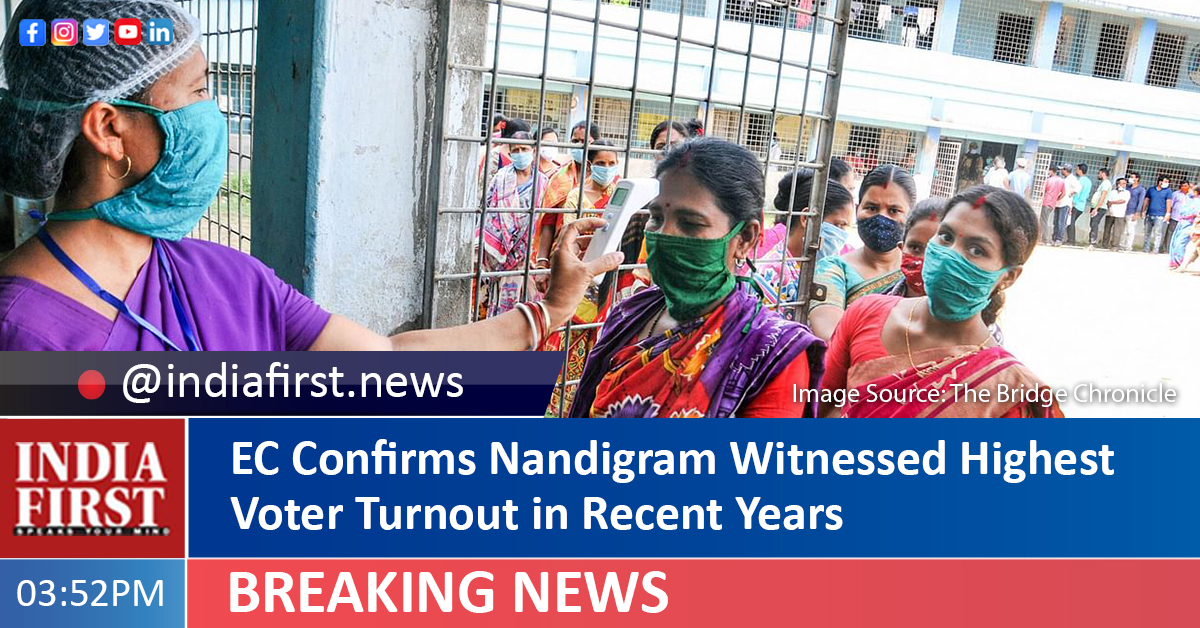 With over one-fourth of the booths registering a polling percentage above 90, West Bengal’s Nandigram has seen the highest turnout in recent years.

Election Commission data today shows that Nandigram registered a polling percentage of 88.01, marginally better than the last three elections in the state.

A booth-wise detailed summary released by the Commission showed that although East Midnapore district recorded a polling percentage of 87.4, Nandigram had a voter turnout of 88.01 per cent, which is a shade better than the district average. Not only the district average but also the democratic euphoria of the people has overshadowed its performance in the last few elections.

“There is no doubt that the high-voltage election duel between Chief Minister Mamata Banerjee and Suvendu Adhikari mobilised the voters to polling booths but there are other factors that also should be taken into consideration. There are around 257,000 voters in Nandigram of which 227,000 voters have turned out to exercise their franchise.

According to the data available, of these voters, 54,000 are Muslim voters and the rest 1,73,000 are Hindu voters. This itself shows that 83 per cent of Muslim voters have cast their franchise where more than 92 per cent Hindu voters have exercised their democratic right. In a place like Nandigram, where the voters have been polarised this will definitely become a deciding factor, according to psephologist Biswanath Chakraborty.

A factual analysis will also support the theory. Going by the election commission data, 89 of the 355 booths of Nandigram registered a polling percentage above 90 and interestingly enough, most of these booths are located in Hindu-dominated areas.

EC data shows that Veturia Kohinoor SSK in Nandigram Block 1 recorded the highest turnout of 96.4 per cent, followed by Julpai Gopalkrishna Ambika Golap Smriti Vidyamandir, Barunisnan Primary School, Bar Nakchirachar primary school that recorded a polling percentage of 94. In addition to this, there are at least 15 more polling centres that recorded a polling percentage of above 93.

Interestingly enough, Birulia Paschim Primary School where CM Banerjee had an accident during her election campaign, recorded a polling percentage slightly more than 90. Alternatively, the Boyal Mukhtar Primary School, where the Chief Minister spent two hours on the day of the election and also had a heated exchange of words with the central forces, had a polling percentage of 88.