President Kovind Out of ICU, on Road to Recovery | India First e Newspaper Skip to navigation Skip to content 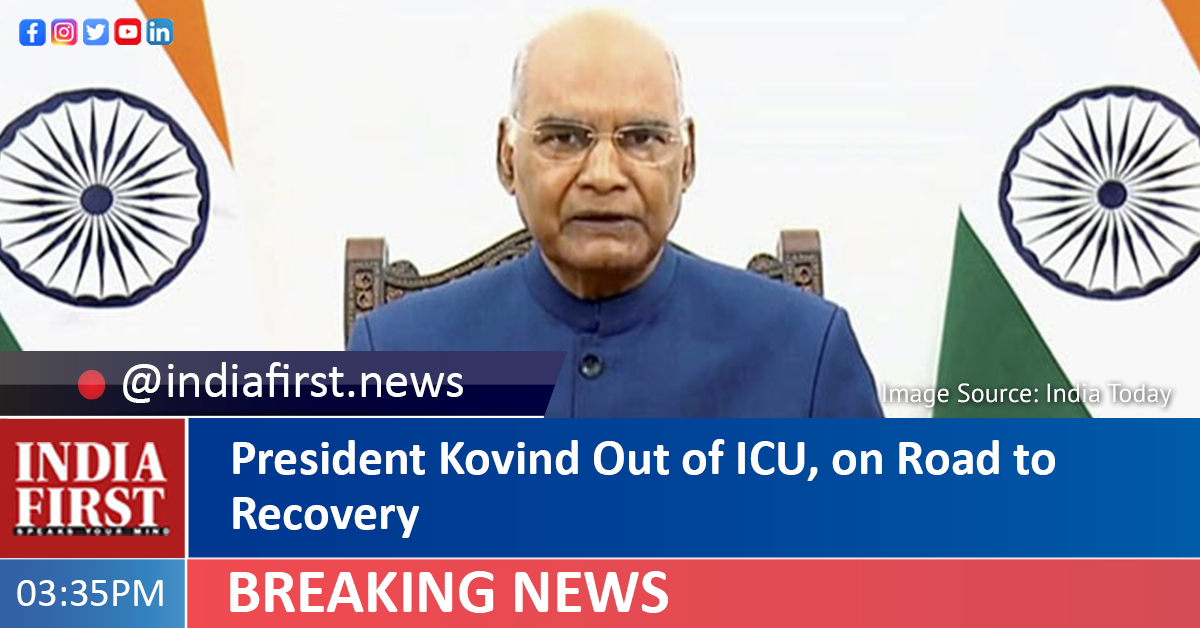 President Ram Nath Kovind has been shifted from the ICU to a special room in the All India Institute of Medical Sciences (AIIMS) today and his health is improving continuously since his bypass surgery, the Rashtrapati Bhavan said.

The president on March 26 was rushed to the Indian Army’s Research and Referral Hospital after he complained of chest discomfort, following which he was shifted to AIIMS a day later and underwent cardiac bypass surgery on March 30.

“President Kovind was shifted from the ICU to a special room in the AIIMS today. His health has been improving continuously. Doctors are constantly monitoring his condition and have advised him to take rest,” Rashtrapati Bhavan said in a statement.

On April 1, the President said that he has been recovering well after the bypass surgery and thanked doctors and caregivers for their amazing dedication.

“I’m touched by messages, from citizens and leaders from India and abroad, wishing me speedy recovery. It’s difficult to express in words my gratitude to you all!” he stated in a tweet.