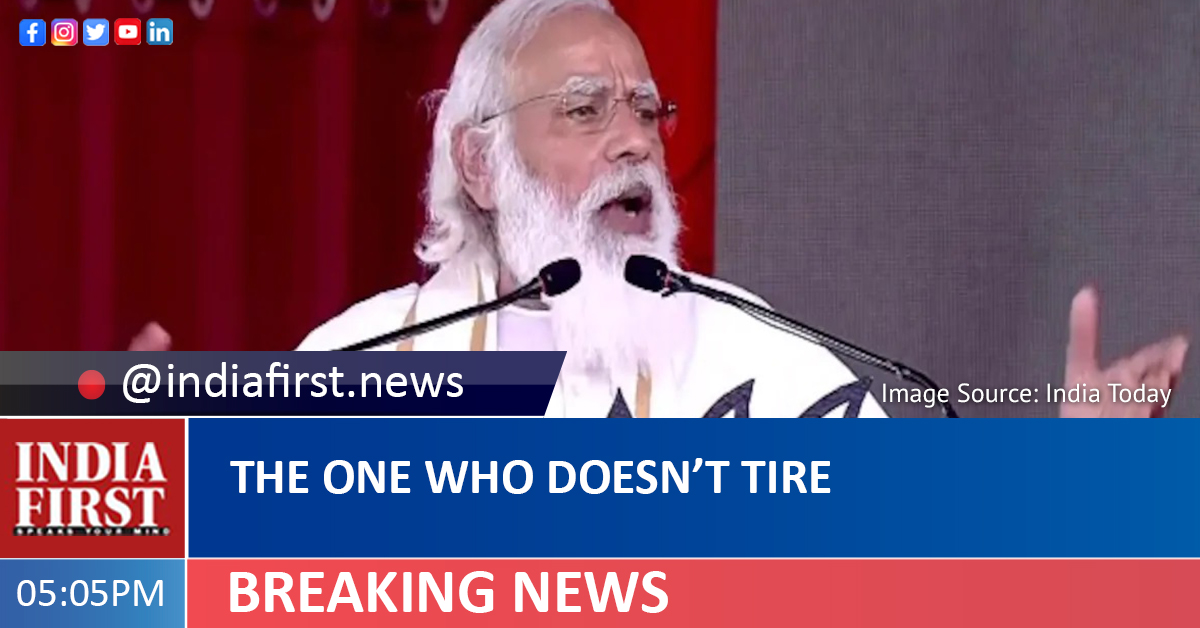 With 10 rallies across four polling states over the past three days for his party, without taking a break from his official duties, Prime Minister Narendra Modi has been impressively indefatigable.

Prime Minister Narendra Modi is once again in Assam and Bengal today, campaigning hard for the assembly elections in the two eastern states of the country. He has been campaigning in Kerala, Tamil Nadu and Puducherry as well. He has held 23 rallies so far. His party leaders say, even at the age of 70, no one can match the enthusiasm of PM Modi, not even younger leaders. Every day he is holding rallies in some state or the other. Within the last three days, the Prime Minister held 10 public meetings in four states.

Prime Minister Modi held public meetings on April 1 in Kokrajhar in Assam, Jayanagar and Ulbaria in West Bengal. The same day he offered prayers at Meenakshi Temple in Madurai, Tamil Nadu. On April 2, Prime Minister Modi held public meetings in Madurai, Kanyakumari in Tamil Nadu, Pathanamthitta and Thiruvananthapuram in Kerala. On Saturday, he is addressing rallies in Tamulpur in Assam, Tarakeswar and Sonarpur in West Bengal.

Interestingly, Prime Minister Modi went on a busy two-day visit to Bangladesh from March 26, just a few days ago. After returning from the foreign tour, he embarked on an electoral tour. Even in the midst of electoral preoccupations, Modi did not let his official work get affected.

A high-level government official said, “Prime Minister Modi keeps an eye on what is happening on the Corona front. He is also constantly monitoring the rising Covid cases and vaccination programmes in all the states. He looks at the report card of each state on the progress of vaccination campaign. He also handles the necessary files and other tasks during his visits to the states.”