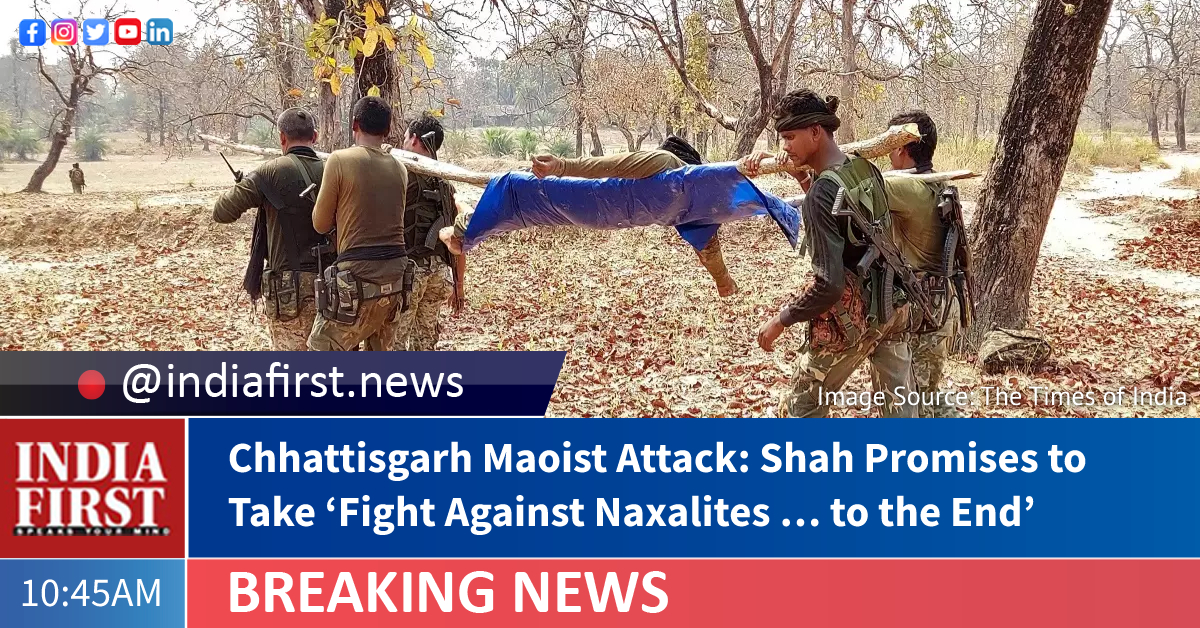 Union Home Minister Amit Shah yesterday reviewed the gun battle in Chhattisgarh’s Bijapur that claimed lives of 23 security personnel, asserting that the “fight against Maoists will continue and we will take it to the end”.

Shah took stock of the situation on the ground at a high-level meeting with senior officials of the Ministry of Home Affairs, Intelligence Bureau and Central Armed Police Forces soon after he reached Delhi from Assam.

He cut short his campaigning in Assam and returned to Delhi in wake of Saturday’s Maoist attack.

“Our fight against Naxalites will continue with strength, perseverance and intensity and we will take it to the end,” Shah said during the meeting.

He also paid tributes to the slain soldiers in the encounter with Maoists that took place in Chhattisgarh on April 3. Shah said that I want to assure the martyrs’ families and the country that the sacrifices that the soldiers have made for the country will not go in vain.

The Union Home Minister said that as far as the data is concerned, I do not want to say anything yet because the search operation is going on.

In a major Maoist attack this year, a total of 23 security personnel were killed and 31 injured in a fierce gun battle with a platoon of over 300 People’s Liberation Guerrilla Army (PLGA) in Chhattisgarh’s Bijapur district.

There are reports of heavy damage to the Maoists too. The security forces also recovered the body of a woman Maoist commander – identified as Madavi Vanoja – along with an Insas rifle, said the CRPF and the state police officials.

Besides, citing intelligence inputs, the CRPF said more than 12 Maoists were killed in the operation and over 16 faced grievous injuries in the gun battle. “All the injured Maoist cadres were learnt to be taken into two-three tractor towards Jabbamarka and Gomguda region in the area.”

The gun battle took place on April 3 noon near Tekulgudem village under Tarrem police station in which eight personnel of Chhattisgarh’s District Reserve Guard (DRG) and six of Special Task Force (STF), seven from CRPF’s CoBRA and one from its Bastaria Battalion lost their lives.

A total of 31 security personnel also injured in the shootout, including 10 from DRG, five from STF, and 16 from CoBRA-210 Battalion. Of the 31 injured, 13 suffered critical injuries and are being treated at a hospital in Raipur while 18 faced minor injuries and getting treatment in Bijapur.