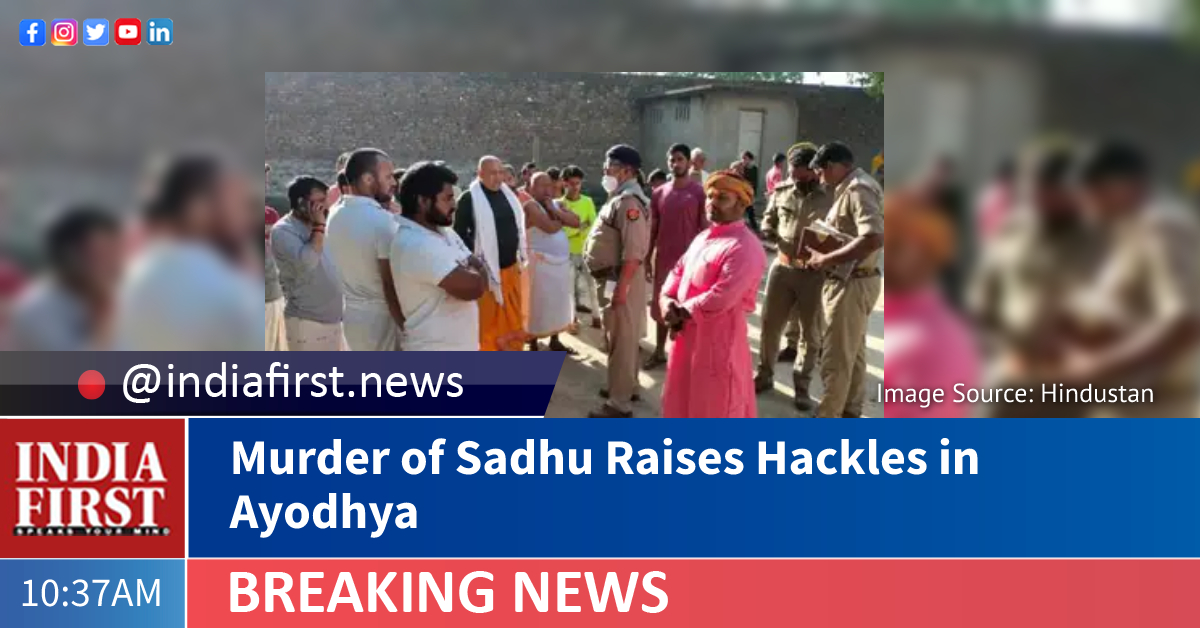 The body of a sadhu, Mahant Kanhaiya Das of the Hanuman Garhi temple, was found at the ‘Gaushala’ (cowshed) of Charanpaduka temple yesterday.

He had been apparently bludgeoned to death in his sleep by unidentified assailants.

The Mahant was also the head of Gulchaman Baag of Basantia Patti.

Senior police officials rushed to the spot on hearing the news to begin an investigation.

News of the murder of Mahant Kanhaiya Das spread like wildfire in the temple town.

Angry over the killing, several Naga sadhus and their followers assembled at the Charanpaduka temple to lodge their protest against the murder.

Extra police force was deployed to maintain peace and law and order.

Superintendent of Police V.P. Singh said that primarily personal enmity seems to be the motive behind the murder of the sadhu.

Forensic experts were called in to take fingerprints from the crime scene. The body has been sent for the post-mortem examination.

“In addition to the personal enmity, the police is also working on all possible angles behind the murder. We will arrest the accused shortly,” said the SP.

His mentor Ramanuj Das told the police that Kanhaiya Das was having a property dispute with Golu Das a.k.a. Shashikant Das and a case was pending in the local court.

The police have detained Golu Das for interrogation.