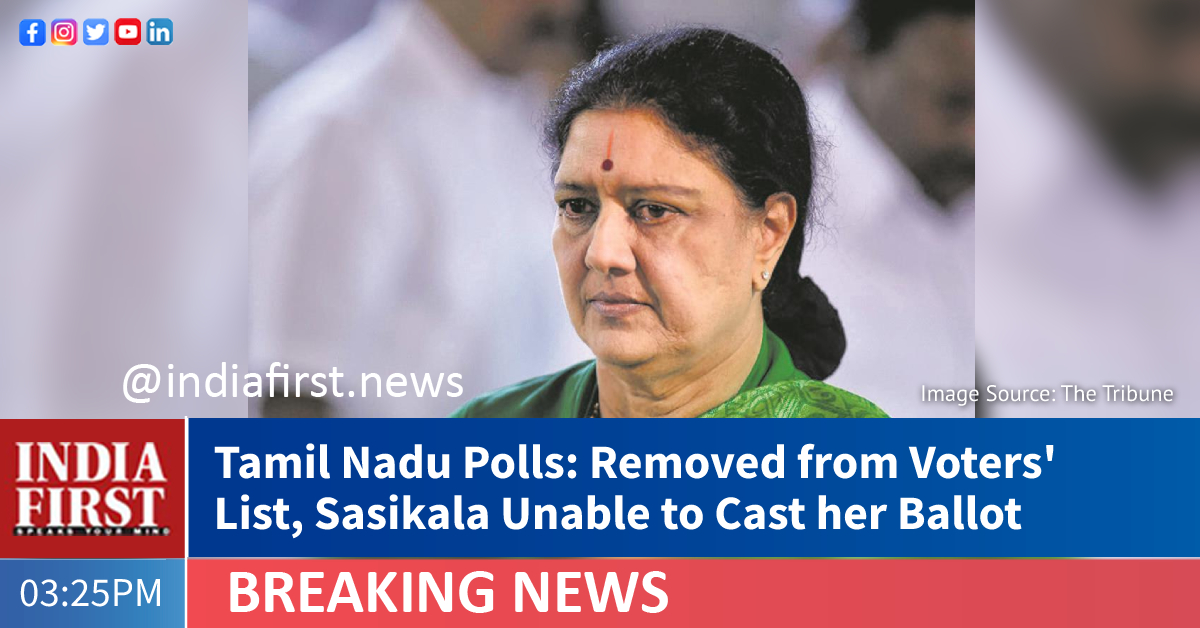 At a time when eligible voters of Tamil Nadu are casting their vote to elect a new government in the state, V.K. Sasikala, the close aide of late Chief Minister J.Jayalalithaa, could not vote as her name was removed from the electoral rolls, said her counsel Raja Senthoor Pandian.

According to him, Sasikala’s name figured in the Thousand Lights assembly constituency.

She was residing at Jayalalithaa’s residence at Poes Garden IN Chennai.

The AIADMK government later took over that house to convert it into a memorial after Jayalalithaa’s death in 2016.

Sasikala, who was jailed for four years on corruption charges was released a couple of months ago.

Her counsel said officials in the poll body had informed him that Sasikala’s name was struck off from the electoral rolls in January 2019 after the rolls were revised.

Later the deadline for inclusion of Sasikala’s name in the voters list got over.

He also expressed wonder over why the Election Commission had not sent Sasikala a notice at Parapana Agrahara Prison in Bengaluru.