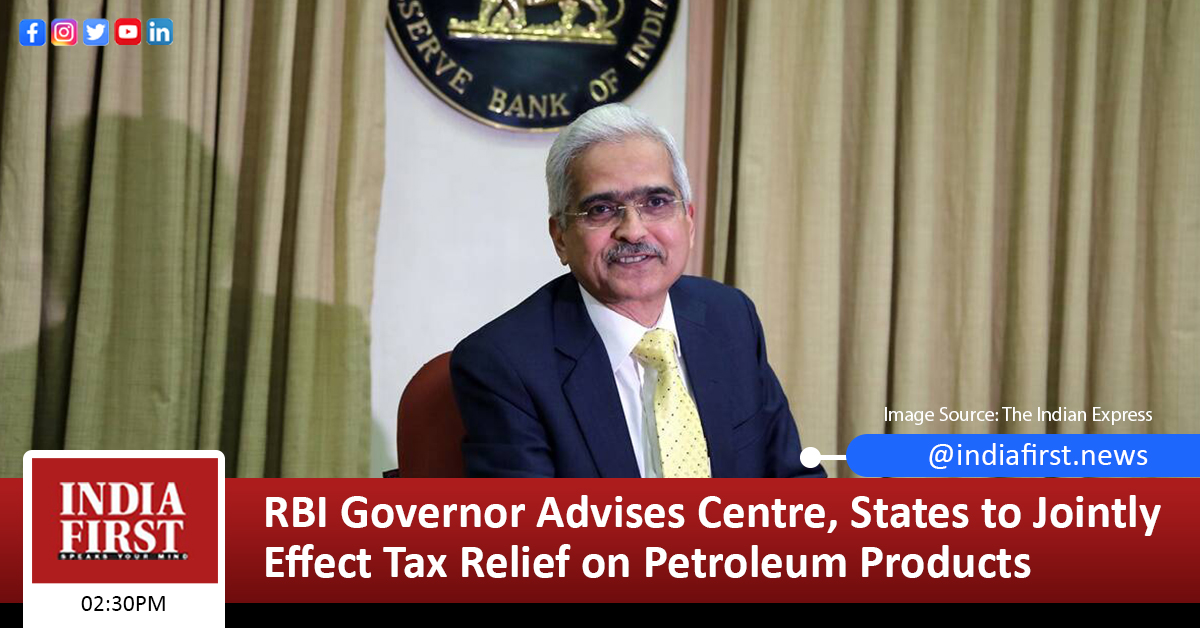 Reserve Bank of India Governor Shaktikanta Das has put the onus on both Centre and the States of ensuring coordinated policy measures to prevent the cost buildup in the petroleum products from escalating further.

While seeking a cut in excise and VAT levies, the RBI Governor said that such a measure could provide relief on top of the recent easing of international crude prices and help lessen pressure on inflation.

Petrol and diesel prices in the country have reached historic high levels. Apart from global movement in crude prices, high indirect taxes on the two products have contributed to its retail prices getting elevated.

Though softening of crude prices from a high of over US$70 a barrel early last month to about US$63 a barrel now has provided some relief. A modest cut in petrol and diesel prices could provide consumers more relief and protection against price volatilities.

In a video statement after the Monetary Policy Committee’s bimonthly meet, Das said: “Some respite from the incidence of domestic taxes on petroleum products through coordinated action by the Centre and States could provide relief on top of the recent easing of international crude prices.”

He said that though headline inflation at 5.0 per cent in February 2021 remains within the tolerance band, some underlying constituents are testing the upper tolerance level. In this, he cited that some respite from taxes on petroleum products could be helpful.

The Governor also cited that the food inflation trajectory will critically depend on the temporal and spatial progress of the south-west monsoon in its 2021 season. Also, a combination of high international commodity prices and logistics costs may push up input price pressures across manufacturing and services.

After breaching the upper tolerance threshold continuously since June 2020, CPI inflation moved below 6 per cent in December for the first time in the post-lockdown period, supported by favourable base effects and a sharp fall in key vegetable prices, the latter accounting for around 90 per cent of the decline in headline inflation during November and December.