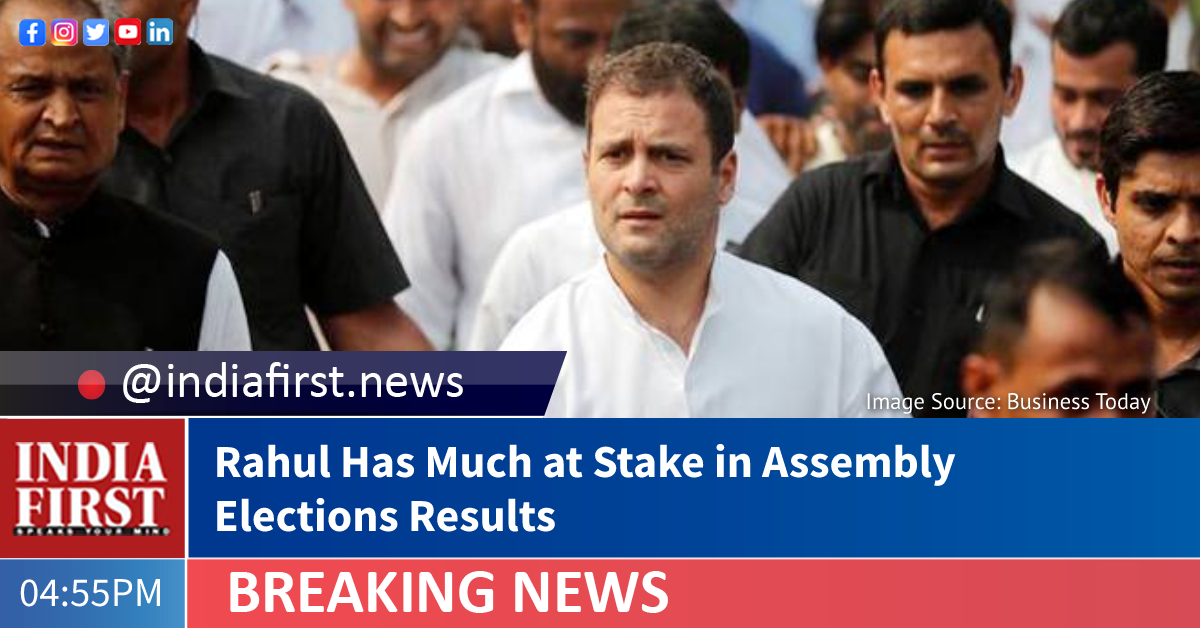 Along with the candidates, the outcome of the Assembly elections in Kerala, Assam and Tamil Nadu and the Union Territory of Puducherry where polling ended on April 6 will be crucial for Congress leader Rahul Gandhi, who spearheaded his party’s campaign.

With the Congress deciding to convene a party session after the ongoing polls and hold Presidential elections, a win in at least two states is necessary for ‘Team Rahul’, which has managed the elections without involvement of senior leaders. In the first elections the party faced after the demise of veteran troubleshooter Ahmed Patel, Gandhi and his close aides were at the forefront in election management.

The most crucial election for them is in Assam where former Union Minister Jitendra Singh, who is close to Gandhi, managed the whole elections with the help of Chhattisgarh Chief Minister Bhupesh Baghel, with decisions on alliances and other issues being taken at the state level after consent from the party leadership in Delhi.

Similarly, the talks on seat-sharing with the DMK in Tamil Nadu were initiated by K.C. Venugopal and Randeep Singh Surjewala but party Sonia Gandhi had to intervene when the alliance was on verge of a rupture.

In Kerala, where the party which is much more organised, Rahul Gandhi, who is also the MP from the state’s Wayanad, gave much time to campaigning.

His team has been in forefront in all these states except West Bengal where Rahul has not campaigned yet, though three phases have already been completed.

The ‘dissident’ camp, which raised the demand for widespread reforms at all levels in party functioning, is silent as it watches the situation closely and waits for the outcome.

If the Congress manages to win in two states, then it will be a run-through for Rahul Gandhi, but if it does not perform well, his leadership and working style of his team may face further question.

Team Rahul did not involve senior leaders and ‘dissident’ camp members like Ghulam Nabi Azad, Anand Sharma, Kapil Sibal and Bhupinder Singh Hooda, who were not named in the star campaigners list, though both Azad and Sharma expressed their willingness to campaign if asked.

The only exception was Manish Tewari who was roped in for campaigning in Assam, West Bengal and Kerala.

It remains to be seen if these leaders will be fielded to campaign in West Bengal, where there are five phases more.