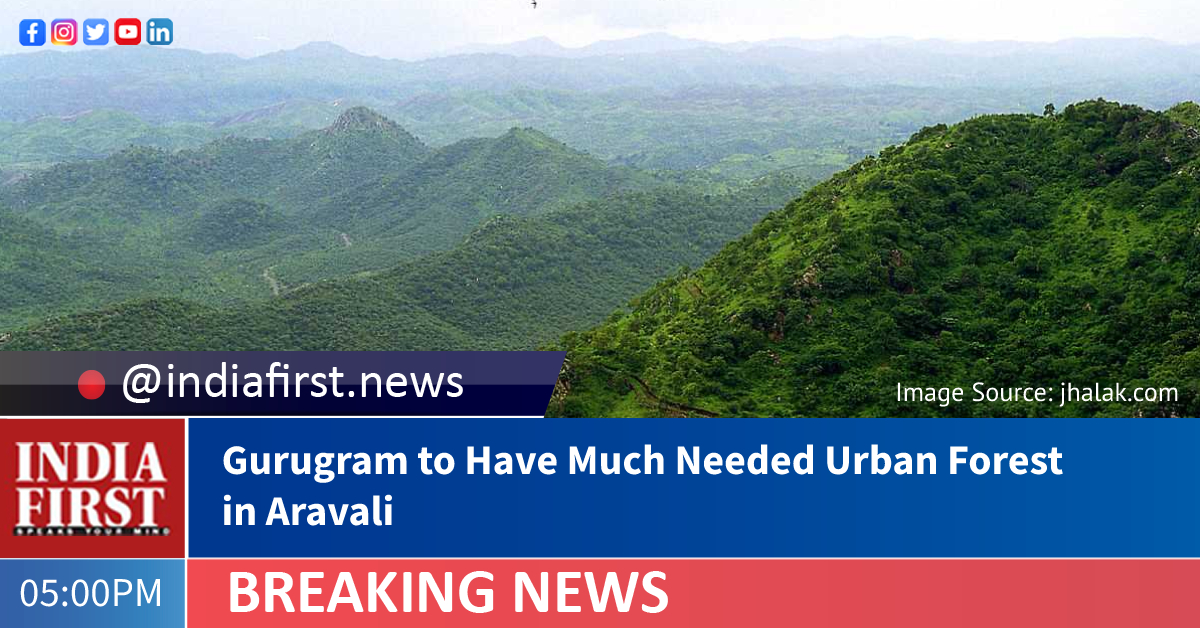 An urban forest is to be developed in the Aravali area of Sikanderpur and Chakarpur in the city, said the Gurugram Metropolitan Development Authority (GMDA)officials.

The project, proposed on 100 hectares (250 acres) of forest land, is to be fenced off for which the GMDA has started preparations.

The authority officials said the work of developing the urban forest will be done by an NGO or organization.

Sikanderpur and Chakarpur have a large Aravali forest area. Last year, the Municipal Corporation of Gurugram (MCG) removed about 2,000 illegal huts from the area.

According to the officials, the Union Ministry of Environment, Forest and Climate Change has a plan to develop 200 urban forests across the country. The project was launched by the Ministry on June 5, 2020. And the urban forest will be developed under this plan.

The officials said the features of the urban forest will be environment friendly. A variety of plants, including flowering, shady, vine, medicinal plants will be planted, walkways and cycle tracks will be constructed, and drinking water facilities will be provided.

“Pollution is expected to decrease with the development of the urban forest. This area of Sikanderpur and Chakarpur is adjoining the city. At present, there are only thorny bushes in this region of Aravali. After the establishment of new plants and facilities, this 250-acre area will become a new hotspot for nature lovers and morning walkers,” said Subhash Yadav, District Forest Officer and Chairman Urban Environment Board GMDA.

Also, the air quality around the surrounding colonies, including the DLF and Sushant Lok will also improve. The task of developing urban forest will be entrusted to any NGO or organization. Applications have been invited by the GMDA till April 12, Yadav said.