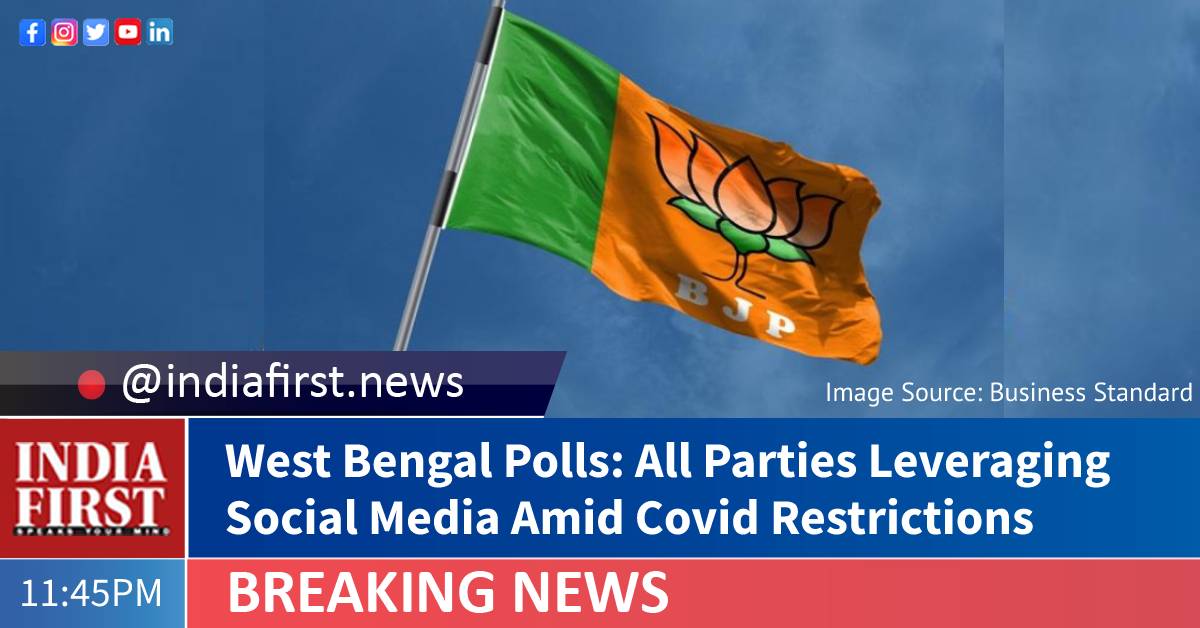 Amid Covid protocol and restrictions imposed on political rallies and campaigns, the political parties particularly the BJP and the Trinamool Congress, have extended their fight into the digital spectrum swearing by the revolutionary impact of social media.

In a bid to reach out to Gen-X, Trinamool Congress, CPI-M, Congress and BJP have come up with innovative ideas to make their presence felt in the digital space through their top leaders.

Topping the charts is Trinamool Congress founder and West Bengal Chief Minister Mamata Banerjee who is not only a regular user of Facebook and Twitter but also the most popular face there. Banerjee’s Facebook page is being liked by about 16 lakh people and her Twitter handle @Mamataofficial 5.2M followers.

Understanding the importance of aggressive social media campaigns, the Trinamool Congress appointed election strategist Prashant Kishor to give a boost to her party’s social media strategy and his company Indian Political Action Committee (I-PAC) runs other campaigns also for the party on the social media platform.

The party has even made an official twitter handle for Banglar Gorbo Mamata – and recently it launched a new drive from this handle named “Mark Yourself Safe” from BJP. While #BanglarGorboMamata has 135K followers, the Facebook page of the Trinamool has 13,23,718 followers and the The “Banglar Gorbo Mamata” page has over 2.7 million followers on Facebook.

With Trinamool appointing Prashant Kishor, who earlier worked with BJP during the 2014 Lok Sabha polls, the saffron party’s turn to give more priority to the social campaign to defeat Trinamool’s plan and appointed its IT cell chief Amit Malviya as co-incharge of the state along with Kailash Vijayvargiya and Arvind Menon.

To counter Trinamool, BJP also has launched its own social media campaigns – Aar Noi Onnayi (No more injustice) and Aar Noi Mamata (No more rule of Mamata). When Banglar Gorbo Mamata is tweeting mainly on welfare schemes and development done by the Mamata government, Amit Malviya too has increased his focus on Bengal. He, as of now, is mostly tweeting highlighting the alleged misrule under the Mamata government.

The BJP launched the social media campaign Ar Noi Annay on December 5 and promised to reach one crore people before the end of the election. Claiming to make a huge hit on the social campaign through all digital platforms like Facebook, Twitter, Whatsapp and Instagram ##ArNoiAnnay has over 5 lakh followers at present. The Facebook page of BJP also has 17,58,931 followers.