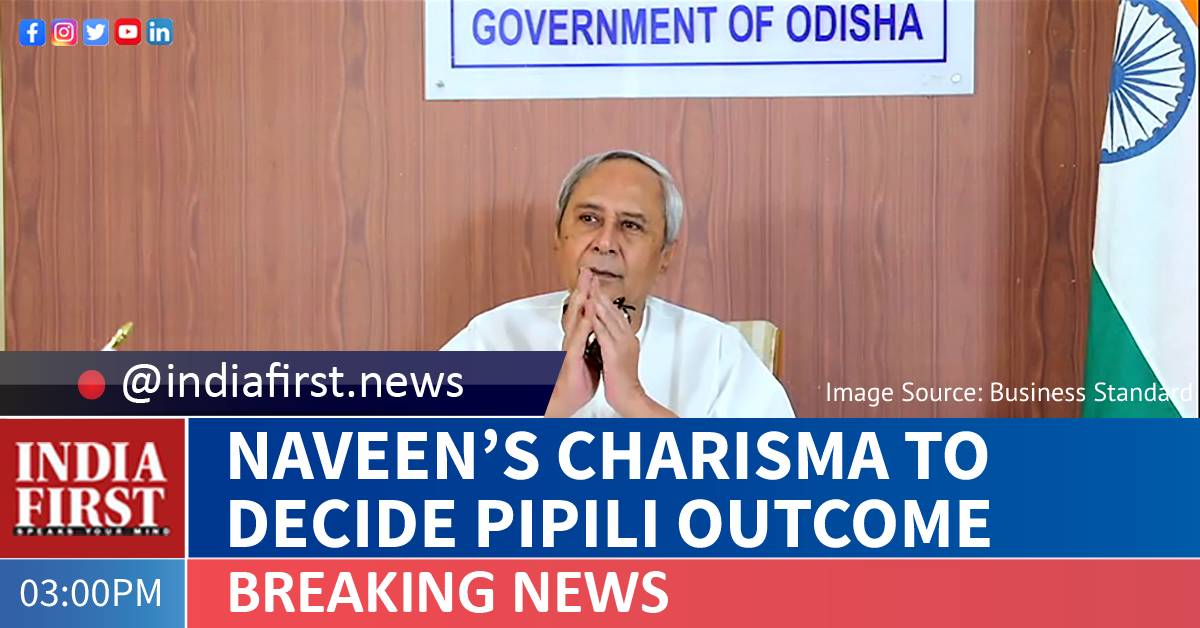 Campaigning for the Pipili assembly bypoll is in full swing, with the focus mainly on ruling Biju Janata Dal (BJD) and opposition BJP candidates. The Congress party’s attempt to make the contest in this highly volatile constituency triangular has not been successful. In fact, Congress candidate Ajit Mangraj has already been rendered insignificant. He was taken ill while campaigning and had to be hospitalized. By all accounts even if he manages to take the field again, his participation in the contest will only be of academic interest. It is unlikely to make any major difference to the final outcome.

Thus, for all practical purposes, Pipili is witnessing a direct contest between BJD first-timer Rudra Pratap Maharathy, son of late Pradeep Maharathy who represented the seat seven times, and BJP’s Ashrit Patnaik, who is yet to taste success in elections. Both sides have come out with lists of their star campaigners. While Union Minister Dharmendra Pradhan is expected to hit the campaign trail on behalf of Ashrit, Chief Minister Naveen Patnaik will campaign for his party’s candidate in the virtual mode in view of the corona pandemic.

Both the sides are pulling out all the stops to emerge victorious in this prestige battle which will be a test of their popularity ahead of urban and rural polls in the state. While political recrimination has reached fever pitch, with allegations of use of money to influence the voters flying thick and fast, seniors leaders of both parties are leaving nothing to chance. Apart from Pradhan, who will take time out of his ministerial obligations at the Centre to seek votes on behalf of the BJP candidate, the party’s national spokesperson, Dr. Sambit Patra, has campaigned for Ashrit Patnaik who had finished second behind Pradeep Maharathy in the previous elections.

The BJP fancies its chances in the constituency this time because of two reasons: one being the growing popularity of Prime Minister Narendra Modi among the voters; and the other being the inexperience of Biju Janata Dal candidate Rudra Pratap Maharathy who seems to be banking heavily on the sympathy factor that the death of his father, who represented Pipili in the state assembly for over three decades, is supposed to have generated.

But BJP strategists appear to have ignored the fact that the BJD candidate has been handpicked by party supremo and five-time Chief Minister Naveen Patnaik, whose personal image and popularity have invariably been the deciding factor for the party in elections. By opting for Rudra while pressing the EVM buttons, the people of Pipili will actually be voting for Patnaik and his government by proxy. He is seeking votes on the performance of his government, which has been rather good. The image of his government has been further enhanced by the pro-people schemes it has launched during the past 20 years. While many of these are primarily poverty alleviation schemes, some are also aimed at the welfare of women and farmers. His government has also kept in mind the interests of the youth and has been trying to generate employment opportunities for them by inviting industrialists to the state setting up new units. Patnaik has, thus, addressed the needs and concerns of almost all the sections of voters, especially the ones who matter the most in the elections.

While the overall record of his government has been spectacular, the Chief Minister’s personal charisma is a major plus point for the ruling party in any election. No one either in the BJP or the Congress has been able to match his magic and have a hold on the minds of the electorate. Patnaik’s magic was on full display in the last two bye-elections, for Balasore Sadar and Tirtol assembly seats, which the BJD won with ease. Pipili, even his rivals know, will be no different.