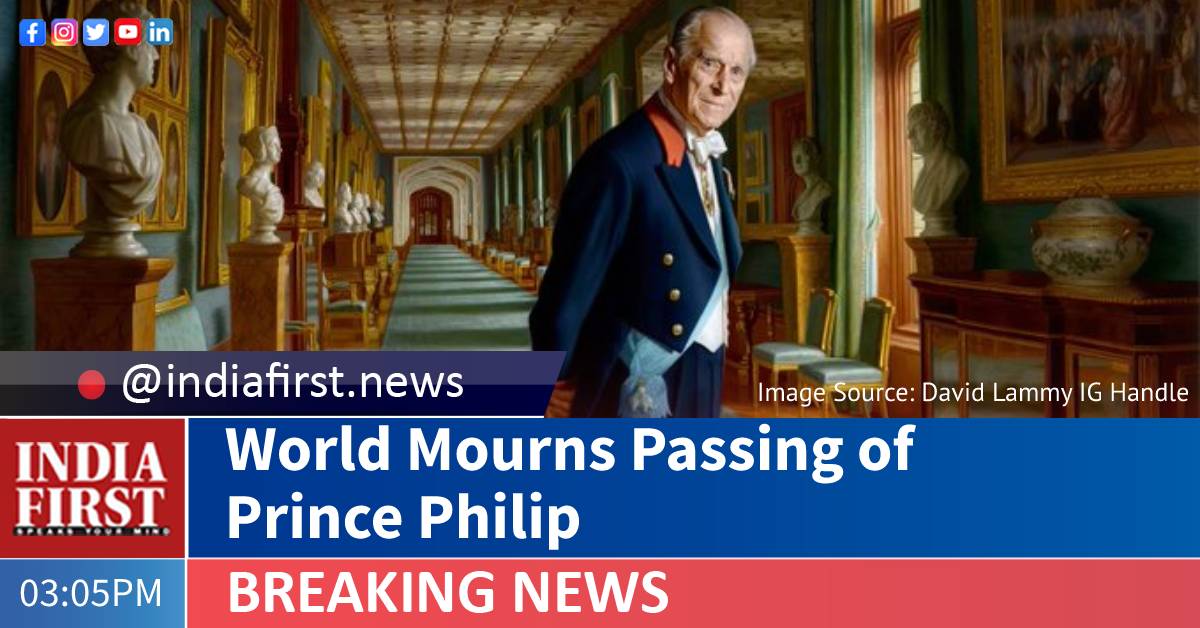 Prince Philip, the “beloved” consort and a crucial supporter and confidante of UK’s Queen Elizabeth II, who did much to modernise the monarchy but was panned over his “insensitive” remarks in various countries while on state visits, passed away yesterday, the Buckingham Palace announced. He was 99.

“It is with deep sorrow that Her Majesty The Queen has announced the death of her beloved husband, His Royal Highness The Prince Philip, Duke of Edinburgh. His Royal Highness passed away peacefully this morning at Windsor Castle,” the statement said, the BBC reported.

Prince Philip died weeks after he returned home to Windsor Castle, where the Royal couple was staying amid the Covid pandemic, on March 16 from a month-long stay in hospitals in London. He was first admitted to King Edward VII’s hospital on February 16, and then he was operated for a pre-existing heart condition at St Bartholomew’s.

The exact reason for his initial admission to hospital was not disclosed, but Buckingham Palace said at the time it was not related to coronavirus.

As the news spread, mourners gathered at both Buckingham Palace and Windsor Castle and left floral tributes at the gates. All UK parties announced suspension of their election campaigns as a mark of respect. The Parliament has been called into session on April 12 to pay tributes to Prince Philip.

Top leaders from around the UK, the Commonwealth and across the world, as well as royalty from around Europe mourned his passing.

Emerging out of 10 Downing Street to address the waiting media, UK Prime Minister Boris Johnson said Prince Philip had “earned the affection of generations here in the United Kingdom, across the Commonwealth, and around the world”.

“Like the expert carriage driver that he was, he helped to steer the royal family and the monarchy so that it remains an institution indisputably vital to the balance and happiness of our national life,” he said.

Extending his condolences to the Royal family, London Mayor Sadiq Khan said: “Today, we mourn the loss of an extraordinary man, who devoted his life to public service and helping others.”

Australia’s Prime Minister Scott Morrison said he “embodied a generation that we will never see again”, while former PM Julia Gillard recalled “fond memories” of spending time with him during a Royal visit to Australia, and termed him a “man of duty”, who had “a sense of fun”.

“My thoughts are with the British people and the Royal Family on the passing away of HRH The Prince Philip, Duke of Edinburgh. He had a distinguished career in the military and was at the forefront of many community service initiatives. May his soul rest in peace,” Indian Prime Minister Narendra Modi tweeted.

Hailing from the Greek and Danish families, Prince Philip was also the nephew of Lord Louis Mountbatten, the last Viceroy of India, under whom the country became Independent.

Living in Britain and joining the Royal Navy in 1939 and seeing action in World War II, he married Princess Elizabeth in 1947, five years before she became the Queen. After her accession to the throne, he had to give up his naval career to help her.

It was as the Queen’s key support during her long reign that he is most known, but there were many sides to his personality.

While he was known for his efforts for conservation of wildlife and nature (despite one tiger hunt in India in 1961 that drew flak), and for welfare of youth and providing them greater opportunities, his remarks on the people of host countries on various Royal trips drew much adverse comment. Supporters, however, contended that he was joking.

The couple had four children, eight grandchildren and 10 great-grandchildren. There were also claims that he was a “brusque and insensitive” parent, especially with respect to their eldest child and Heir, Prince Charles. While critics cited the strained marriages of three of their four children, the insiders, on the other hand, cited his concern and support to them.

He was also a keen sportsman, playing polo before shifting to carriage-driving as he aged.

Prince Philip had retired from his Royal duties in 2017, months ahead of the couple’s 70th marriage anniversary.