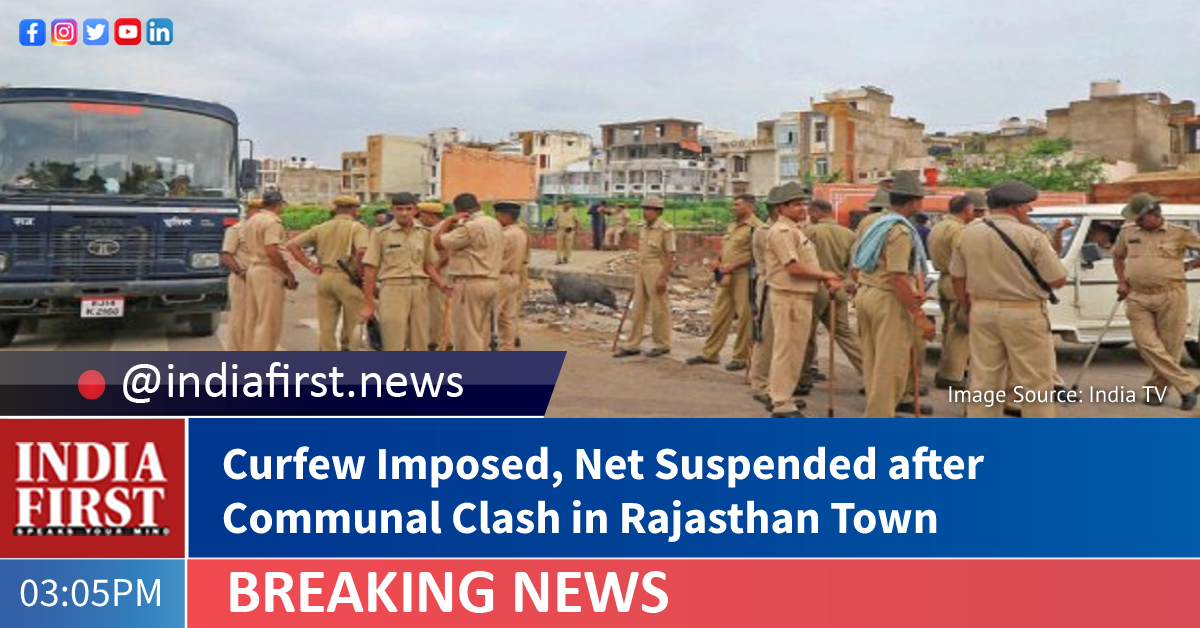 Curfew was clamped and internet services suspended in Chhabra town of Rajasthan’s Baran district yesterday as communal clashes broke out, leaving several shops and vehicles set on fire, while other shops were looted, police said.

Senior officials, including the Inspector General of Police, the District Collector, and the Superintendent of Police, held a high-level meeting.

Police said that two groups from different communities pelted stones on each other yesterday and torched vehicles parked around after setting six shops on fire. A few shops were also looted and police carried out a baton charge to disperse the crowd.

The District Collector announced imposition of curfew in the evening and, later, the Divisional Commissioner announced suspension of internet.

Yesterday’s clash was an extension of an incident reported on April 10 when Kamal Singh, a resident of Ahmedpura, faced comments while he was buying fruits. The matter escalated when the other side took out sharp knives. The shopkeepers present there intervened, but in the meantime, two people were injured, and taken to the hospital for treatment.

After the incident, people reached the local police station and demanded action against the accused. Police interrogated three youths and took them in custody.

However, yesterday, a few people gathered at the same area while people from other communities also came there.

As members of the two communities came face to face, they started pelting stones on each other, and the matter escalated with the arson and looting.

The fire brigade was also vandalised, before police reached the spot, and used force to disperse the mob.

A few people have been taken into custody, police said.