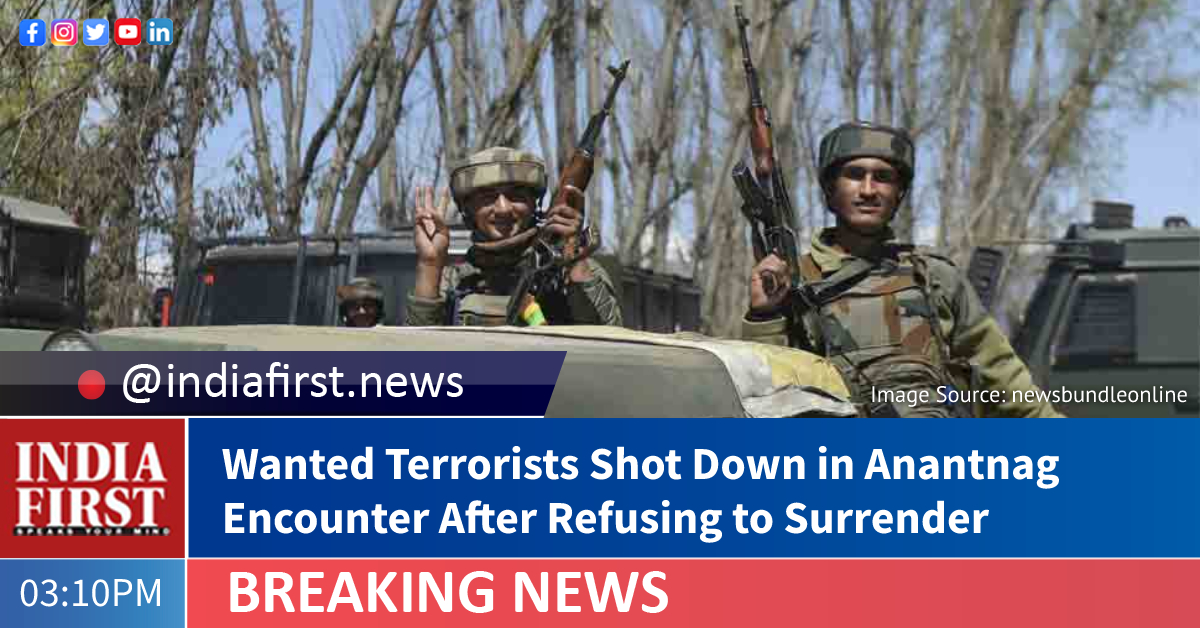 The two terrorists who were killed in an encounter with police and army in the Anantnag district of Jammu and Kashmir yesterday were given an opportunity to surrender but they indiscriminately fired upon the security forces that led to the gunfight, police said.

On April 10, after Anantnag Police were tipped off about the presence of terrorists at a residential house in village Semthan area of Bijbehara, a joint cordon and search operation was launched by Police, the Army’s 3 RR and 90 Bn of the CRPF.

“During the search operation, as the presence of terrorists got ascertained, they were given an opportunity to surrender. However they fired indiscriminately upon the joint search party which then retaliated, leading to an encounter,” police said.

The joint teams also rescued all the civilians trapped in the gunfire and halted the operation for the night.

In the early hours, after ensuring the safety of all civilians, the operation was resumed and both the terrorists were eliminated in the ensuing encounter.

They have been identified as Towseef Ahmad Bhat, a resident of Takia Maqbool Shah Bijbehara and Aamir Hussain Ganie, a resident of Goriwan Bijbehara, Anantnag, linked with proscribed terror outfit Lashkar-e-Taiba.

Police said as per its records terrorist Towseef was active since 2017 and Aamir had joined terrorist ranks in the year 2018.

“Both of them were wanted in many terror crimes, including the killing of an off-duty Territorial Army soldier Mohammad Saleem Akhoon who was killed by them near his home in Goriwan Bijbehara on Friday,” police said.

“They were also wanted by law in Case FIR No. 07/2020 of PS Bijbehara regarding attack on CRPF party in which one CRPF jawan had got killed. They were also involved in threatening and intimidating the civilian population of the area and enticing the young boys to join terror ranks.”

Incriminating materials, arms and ammunition including two AK series rifles were recovered from the site of encounter.

Police said all the recovered materials have been taken into case records for further investigation and to probe their complicity in other terror crimes.

Police said the last rites of the killed terrorists shall be performed after conducting medico-legal formalities at Handwara and their nearest family members shall be allowed to participate in the last rites.

Police have registered a case under relevant sections of law and investigation has been initiated.