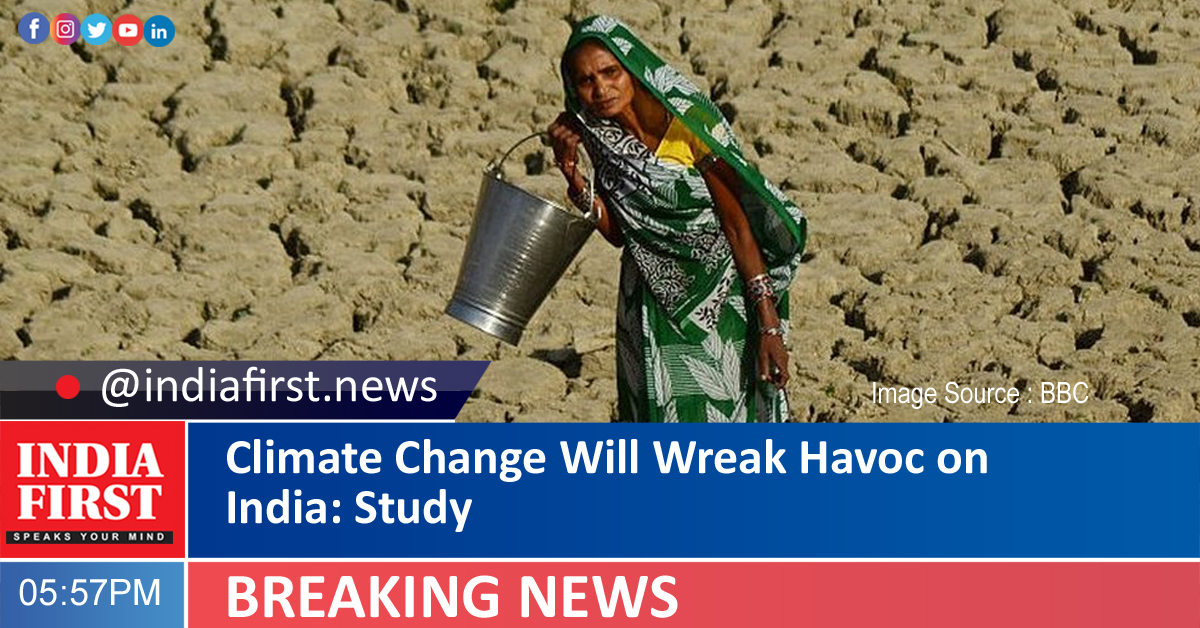 The climate emergency will have a catastrophic human and economic impact in India. Different threats will interact to devastating effect, as exemplified by cyclones Tauktae and Yaas during the second wave of the Covid-19 pandemic.

The study is a first-ever literature review on the economic costs of climate inaction in India. At one degree Celsius of global warming, the country is already experiencing damages. Flooding in India over the last decade caused $3 billion in economic damage — accounting for 10 per cent of global economic losses from flooding.

The evidence clearly demonstrates that the human and economic costs of climate change will only increase in the coming years, particularly without urgent action to reduce greenhouse gas emissions. One study finds that India’s GDP in the year 2100 will be reduced by 90 per cent if the world reaches three degrees Celsius of warming.

Angela Picciariello, Senior Research Officer at ODI, said, “India is already feeling the costs of climate change, with many cities reporting temperatures above 48 degrees in 2020 and a billion people facing severe water scarcity for at least a month of the year.

“If action is not taken to cut emissions enough to limit the global temperature rise to 1.5 degrees Celsius, the human and economic toll will rise even higher.”

The total cost of heatwaves, flooding, water scarcity, cyclones, sea-level rise and other climate-related hazards will be determined by the direction and level of economic development; the choices made in spatial planning and infrastructure investment; and the way different hazards intersect.

Amir Bazaz, Senior Lead-Practice at the Indian Institute for Human Settlements, said: “As we are seeing now with Cyclones Tauktae and Yaas, low-income and other marginalised groups are most vulnerable to the impacts of climate change. They often live in dense settlements that lack basic services and infrastructure that could reduce risk.

“Many households also live on hazardous sites such as steep slopes and floodplains. It is therefore crucial to bring climate and development goals together.”

The study found that India’s GDP would be around 25 per cent higher today, were it not for the current costs of global warming. Looking forward, the numbers are even more grim.

Researchers have assessed different mechanisms through which climate change will affect India’s economy, and predict that GDP in 2100 could be reduced by 10 per cent at three degrees Celsius of global warming due to declining agricultural productivity, sea-level rise and increased health expenditure.

They say up to 13.4 per cent at over four degrees Celsius of global warming due to declining labour productivity from temperature and precipitation changes.

Much depends on India’s policy, investment and diplomatic choices over the next decade.

As the only country in the G20 that currently has a ‘two degrees Celsius compatible’ Nationally Determined Contribution (NDC), India is already doing its fair share for climate mitigation.

However, pursuing a more carbon-efficient and resilient pathway would enable India to climate-proof its development gains.

Given India’s low per capita emissions and lower-middle income country status, it may need international support to make it happen.