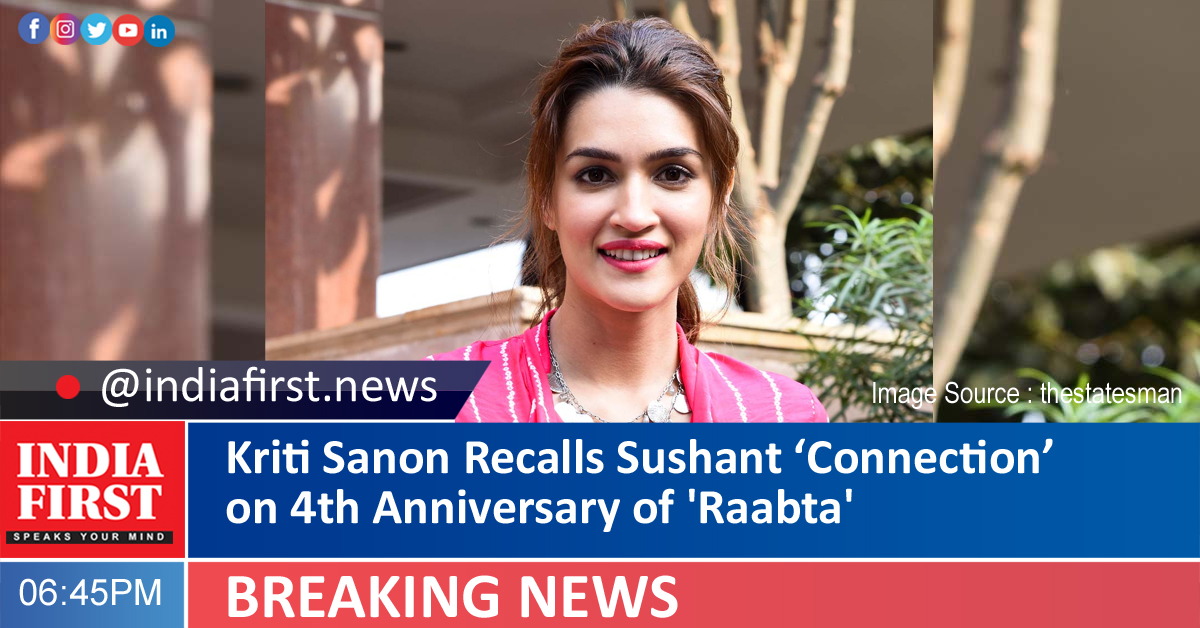 The Bollywood actress sounded emotional while talking about her co-star in the film, the late Sushant Singh Rajput.

Kriti shared a beautiful behind-the-scenes video shot during the film’s shoot. The video captures the actress having fun with Sushant and the crew on the sets of the film.

“I believe in connection, I believe that we are meant to meet the people we do… My Raabta with Sushant, Dinoo and MaddockFilms was just meant to be… Films come and go… But every single film has so so many memories behind it… The connections we make and the moments we live with each other stay within us… Some more than others,” Kriti wrote alongside the video on Instagram.

“Raabta was one of my best and most memorable experiences and it will ALWAYS remain extremely close to my heart… Little did I know that it would be our first and last… #Raabta,” she added.

Kriti was rumoured to be in a relationship with Sushant during the shooting and release of ‘Raabta’.