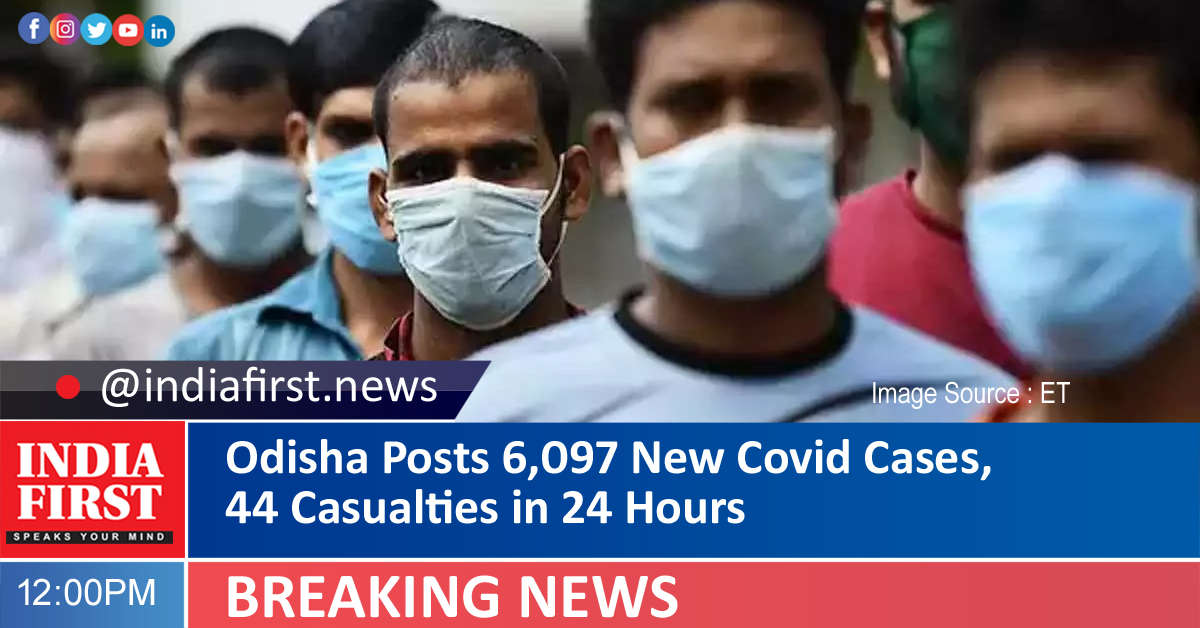 Odisha’s daily Covid tally firmly remains in the 6,000 range, but it has once again risen slightly from the previous day, with 6,097 new cases reported in the past 24 hours, along with 44 deaths, according to data from the state government’s online Covid dashboard.

Of the latest cases, 3,446 are from quarantine centres across the state while 2,651 are from local contacts tracing, as per the state Information and Public Relations department.

The districts of Khordha, Cuttack and Jajpur have reported the highest figures with 1,017, 647 and 434 new cases, respectively.

During this period, Khordha has also reported the highest casualties, with five deaths, followed by Angul, Bargarh, Cuttack and Jharsuguda with four cases each, Kalahandi, Puri, Rayagada and Sundargarh with three each, with Blanagir, Boudh and Mayurbhanj with two each, as Deogarh, Dhenkanal, Jajpur, Dhenkanal and Kendrapada accounted for the remaining five fatalities.