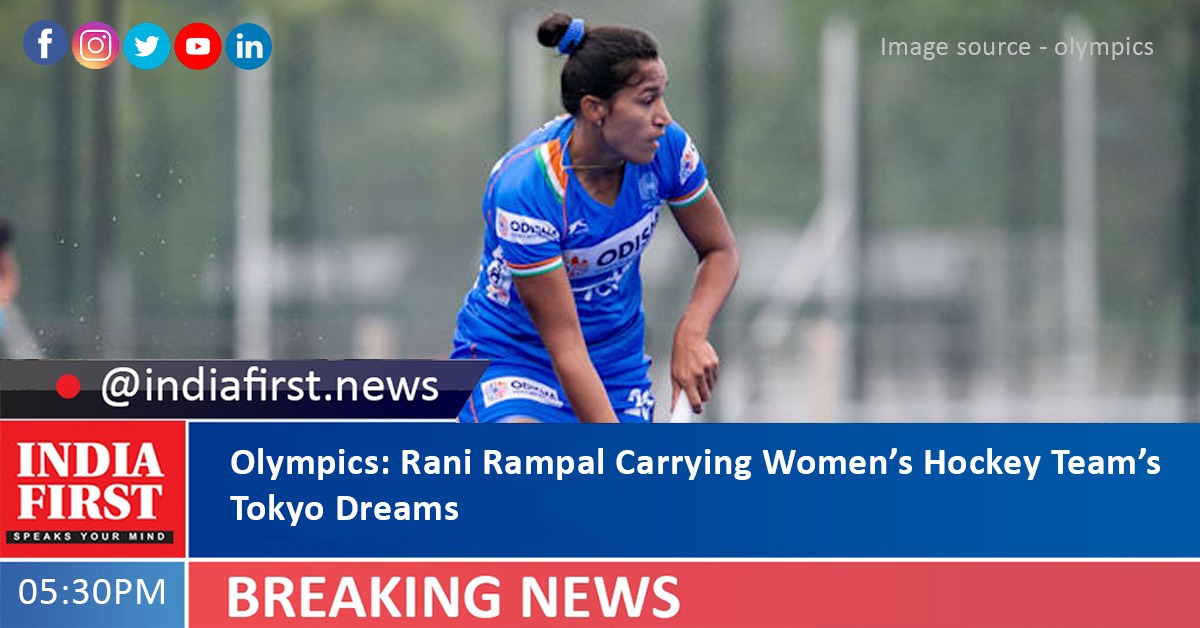 Rani Rampal has been the mainstay of the Indian women’s hockey team since she was 14-years-old. That was the year in 2010 when she played her first senior World Cup and top-scored for India with seven goals and was declared the ‘Young Player of the Tournament’.

As she gears up for the Tokyo Olympics – her second successive appearance in the quadrennial extravaganza – Rani is still the mainstay of the team. She scored the goal that clinched India’s berth in Tokyo, in the final qualification match against the United States in Bhubaneswar.

Having made her debut at the age of 14, Rani has earned 241 international caps for India and scored 117 goals.

Hailing from Shahabad Markanda, the hockey cradle of Haryana that has produced many women players, Rani came into limelight during the Champions Challenge II in Kazan, Russia, in 2009 where she powered India to victory by scoring four goals in the final against Belgium.

A product of the Shahbad Hockey Academy run by Dronacharya awardee coach Baldev Singh, she made her mark at the junior nationals in Gwalior and helped India win the silver in the Junior Women’s World Cup in 2003.

Rani helped India win a silver medal in the 2018 Asian Games in Jakarta and a bronze at the 2014 Games in Incheon. She also captained at the 2016 Rio Olympics.

She has struggled her way into the national team as she comes from a poor family. Her father was a cart-puller in Shahabad Markanda, and was not in a position to support her take up hockey as a career. But Rani persisted with her desire to play hockey and represent India.

Rani, who started learning the sport at the age of six, has shown a lot of determination to pursue her targets. She is very aggressive in her play and has a great sense of positioning. Though she started as an out-and-out forward, Rani in recent years is developing into a more universal player, dropping down into the midfield to help initiate attacks.

Now ready for her second Olympic Games, Rani is hoping to lead India into the quarterfinals. “Qualifying for the quarterfinals is our main target for Tokyo Olympics. In the last couple of years, we have worked hard toward that and are hopeful of achieving it. We have a good team that has been together for a lot of time and has improved a lot,” Rani told a virtual press conference organised recently.

Indeed, just like her team Rani too has come a long way from the young dynamo that mesmerised the defenders with her dazzling runs into the shooting circle.

Though she has slowed down a bit in recent times and is not scoring goals as she used to, Rani is more mature as a player and still capable of delivering the knockout punch.