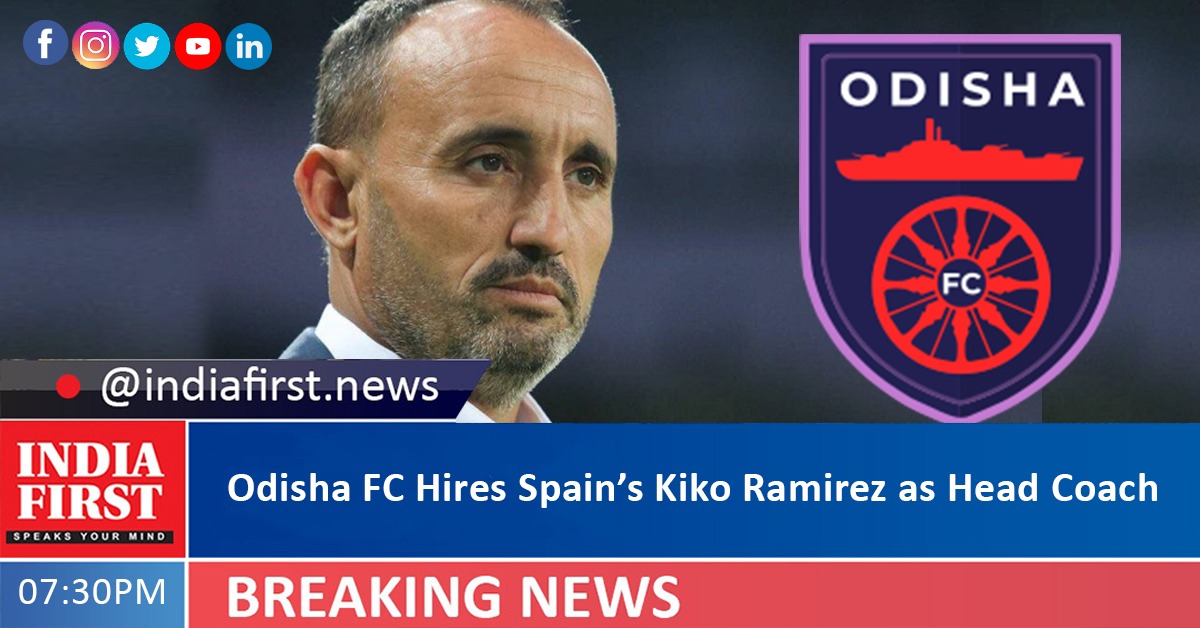 Indian Super League (ISL) side Odisha FC have signed Francisco ‘Kiko’ Ramirez Gonzalez as their new head coach ahead of the eighth season of the tournament.

The 51-year-old Spaniard has signed for the Bhubaneswar-based franchise for a year with an option to extend after the season, Odisha FC said yesterday.

After his retirement from professional football as a player, Ramírez started his coaching career with Spanish club Gimnastic as its assistant coach first in 2002 and then as its youth coach. In 2010, he joined Pobla Mafumet and returned to Gimnastic again in 2012.

He has also coached other Spanish clubs like CE L’Hospitalet, CD Castellon and CE Sabadell. He was the second coach at Nastic de Tarragona in the first division in Spain as well. His first foreign assignment was with Polish football club Wisla Krakow in 2017 and before coming to India, the UEFA Pro License holder was the manager of Greek professional side AO Xanthi FC in 2019.

Born in Tarragona, Spain, Ramírez had started his footballing career with Gimnastic’s youth team and was then promoted to the senior side. He had also represented many other clubs in Spain including Sabadell, Malaga, Ceuta, Cartagonova among others before deciding to hang his boots and taking up coaching.

“I am very excited to arrive in India and start working on this amazing project with Odisha FC to make our fans feel proud of the team. We are going to work hard to build a strong team with good players that represent our fan base,” said Ramirez.

Odisha FC have also roped in Joaquín García Sanchez as assistant coach and head of football development ahead of the 2021/22 ISL season.

Joaquín was a former coach at Valencia CF’s youth teams.