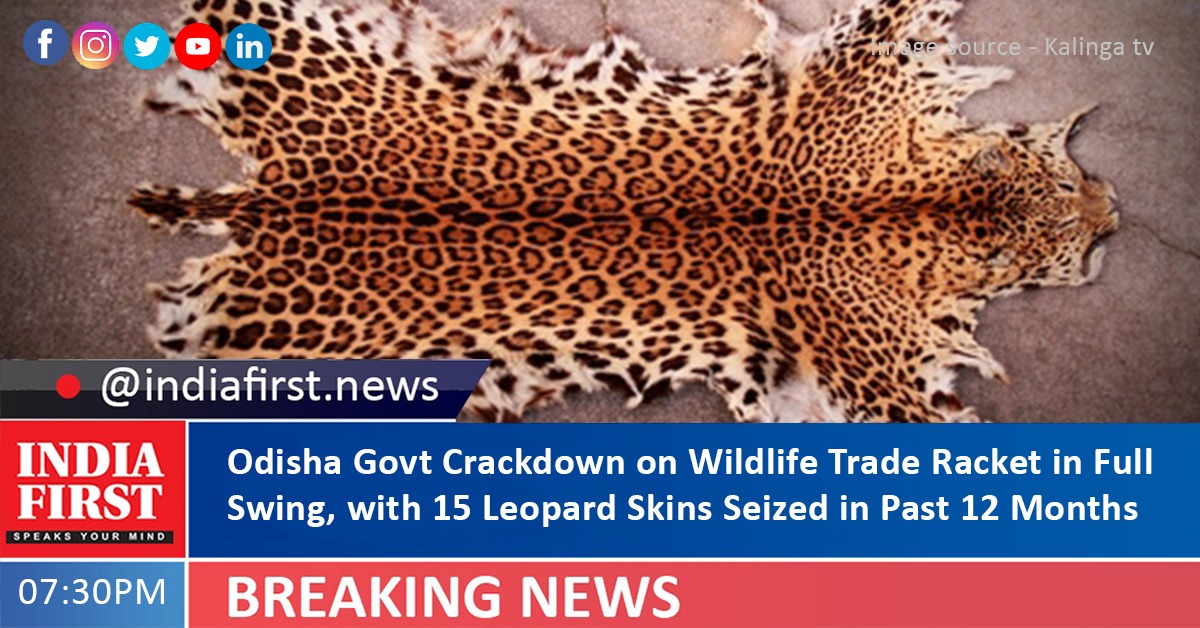 The Special Task Force (STF) under the Crime Branch of the Odisha police has seized 15 leopard skins during the past one year, officials said in Bhubaneswar today.

Over the past one year, the STF has conducted a special drive against wildlife criminals/poachers and seized 15 leopard skins, nine elephant tusks, two deer skins, three live pangolin and 10 kg pangolin scales. At least 28 such criminals have been arrested during the period, the official said.

Briefing media persons about the crackdown on the wildlife trade racket, STF SP Tejeswar Patel said during a special drive, the team conducted a raid near Kapasira village under Manmunda police station in Boudh district following a tip-off about the sale of leopard skins by poachers on Wednesday. One poacher Hara Rana has been arrested, he said.

In this connection a case (STF PS Case No 25 dated 21.07.2021) has been registered. The seized leopard skin will be sent to the Wildlife Institute of India, Dehradun for chemical examination.

The STF is the specialized wing of the Odisha police formed to curb organized crime in the state.