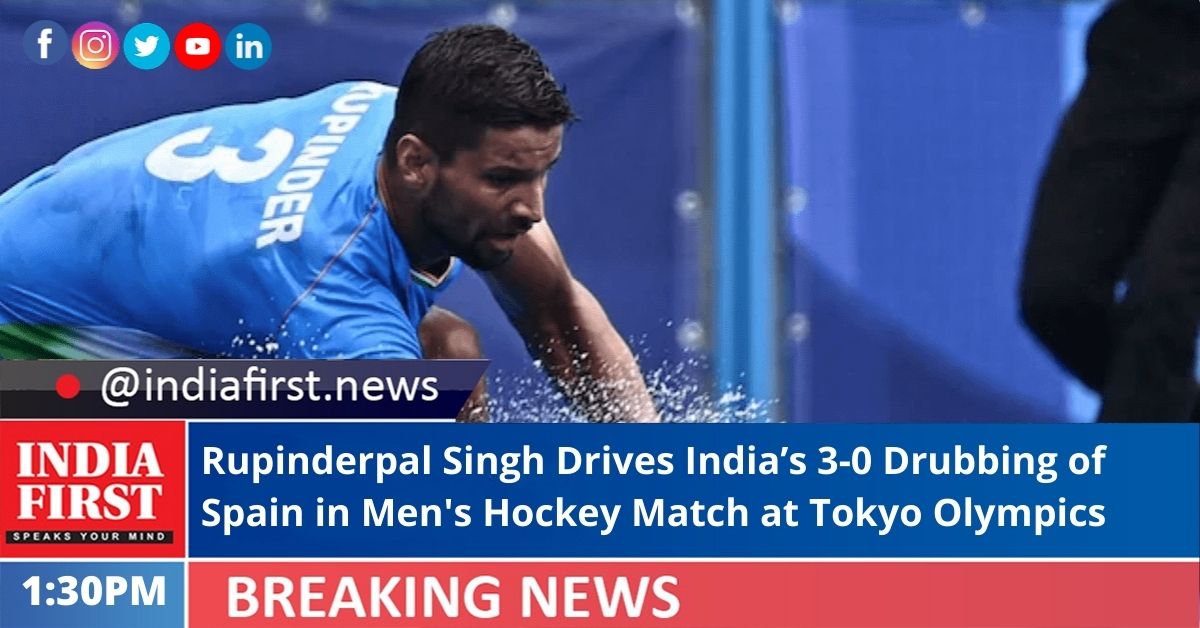 India recovered from their disastrous outing against world No. 1 Australia to defeat Spain 3-0 in a Group A league match at the Tokyo Olympics mens hockey tournament at the Oi Hockey Stadium here today.

Veteran drag-flicker Rupinderpal Singh scored a brace of goals, his first off a penalty stroke, and Simranjeet Singh contributed one as Graham Reid’s India romped to a well-deserved victory against a Spanish team that lacked the firepower to trouble the world No. 4 team.

It was an inspired decision by coach Reid to leave Gurjant Singh out and bring Simranjeet Singh into the squad, and the young forward repaid the trust by opening India’s account when he deftly deflected in a long ball from the sideline by defender Amit Rohidas into the goal.

India forced a couple of penalty corners which resulted in a penalty stroke after Rupinderpal’s flick slammed into the Spanish defender on the goalline. The veteran himself stepped up and converted the stroke – the two goals coming within 90 seconds of the final minutes of the first quarter.

India were 2-0 up by the end of the first quarter and though they allowed the opponents to dominate possession in the second quarter, the Spaniards could not capitalise on the chances.

The teams were evenly matched in the third quarter and though Spain created some good chances, the Indians defended superbly and maintained a clean sheet.

Rupinderpal scored India’s third goal midway through the fourth quarter and though Spain did manage to earn three penalty corners in succession, Pau Quemada could not reduce the margin and the Indians walked off the pitch a satisfied lot, having redeemed themselves after the humiliating 1-7 defeat they suffered against Australia.

India face Argentina in their next match on July 29.