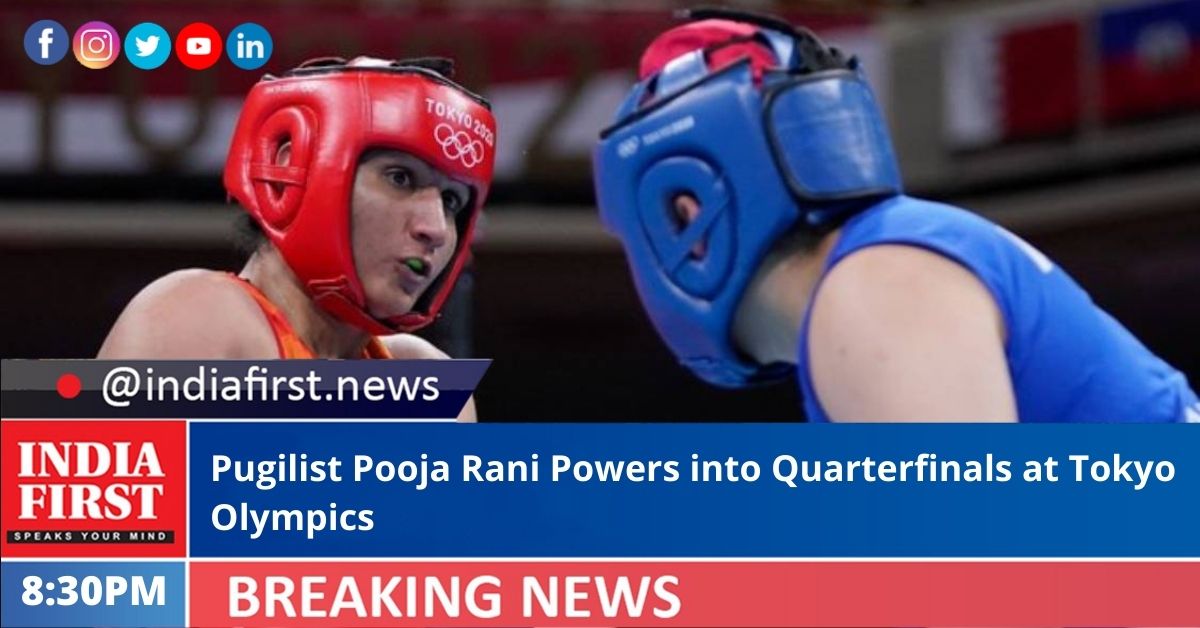 Boxer Pooja Rani stormed into the quarterfinals in the women’s middle-weight category (69-75 kg) after beating Ichrak Chaib of Algeria 5-0.

The 30-year-old Indian boxer, who is a two-time Asian championships gold-medallist, put up a dominant performance against the 20-year-old, dominating in all three rounds.

All the five judges gave Pooja 10 in all three rounds while Ichrak got nine in all except in the second round when one of the judges gave her eight.

The boxer from Bhiwani, Haryana is making her debut in the Olympics. She had failed to qualify for the Rio Olympic Games after she lost in the second round of the AIBA Women’s World Boxing Championships in 2016