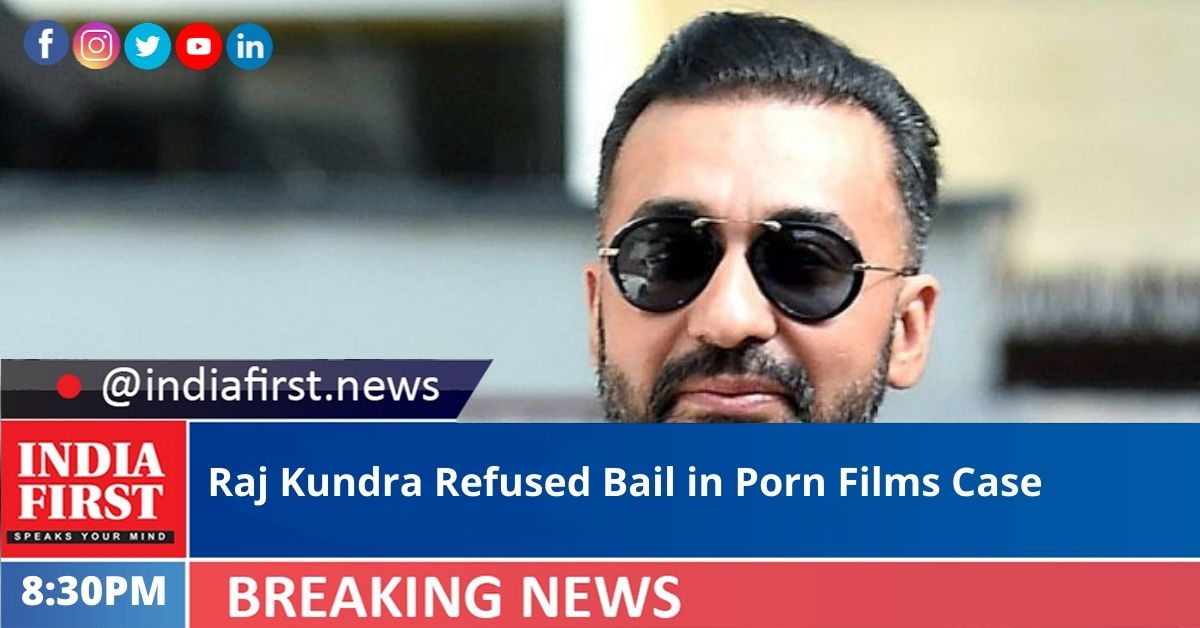 Accordingly, Kundra – who was arrested on July 19 by the Mumbai Police – will remain in judicial custody till August 10, as granted by the court yesterday.

Kundra, through Senior Advocate Abad Ponda, has filed a separate petition in the Bombay High Court challenging his arrest, which he contended was “illegal”, and pressed for quashing all orders of the Metropolitan Magistrate Court remanding him to police and then judicial custody.

However, yesterday, Justice A.S. Gadkari refused to grant any interim relief before hearing the police version in the matter and the next hearing has been scheduled for July 29.

Kundra is the husband of Bollywood actress Shilpa Shetty and last week the police raided their Juhu home and also recorded her statement, even as the case sent shockwaves through Bollywood.