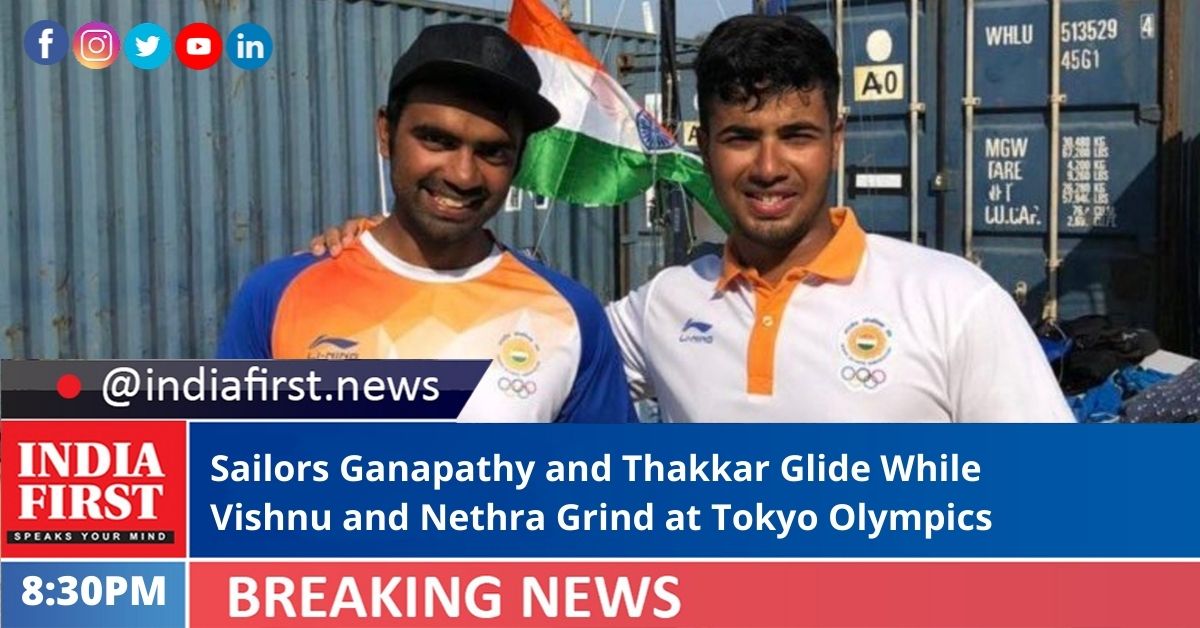 The Indian sailing duo of KC Ganapathy and Varun Thakkar finished seventh in the sixth qualifying race of the men’s 49er class at the Enoshima Yacht Harbour. The seventh finish is also their best yet in the competition at the Tokyo Olympics today.

Initially, the Indian sailing team had finished ninth. But the Swiss and Portuguse teams, who finished sixth and seventh respectively, were handed an automati‘ ‘U Fl’g’ disqualification. The reason was that the two teams were over the start line the minute before the starting signal of the race was sounded.

As a result, team Ireland, who finished eighth, moved to sixth place while the Indian pair was upgraded to the seventh position.

The Ganapathy/Thakkar pair was fourth after the second mark. But they fell back to ninth after the third mark. Eventually, they finished in that position before going upwards to seventh.

Ganapathy and Thakkar had earlier finished 16th in the fifth qualifying race. Now the pair occupy 17th place as per overall rankings. The duo needs to be in the top ten after a total of 12 qualifying races to be eligible for the medal race. As of now, six races are left in their competition.

Meanwhile, Vishnu Saravanan had a tough day, finishing 27th and 23rd in races seven and eight respectively in the men’s laser standard race. He is now placed 23rd in the overall standings.

Compatriot Nethra Kumanan also had a rough day in the waters in the women’s laser radial race. She finished 22nd in race seven and 20th in race eight. Nethra is now 31st in the overall standings.

Saravanan and Nethra have a tough path to the finals as only two more races are left in laser radial as well as standard events. The top ten sailors in both events qualify for the medal race.

The Tokyo Olympics marks the debut of all four Indian sailors in the mega event.