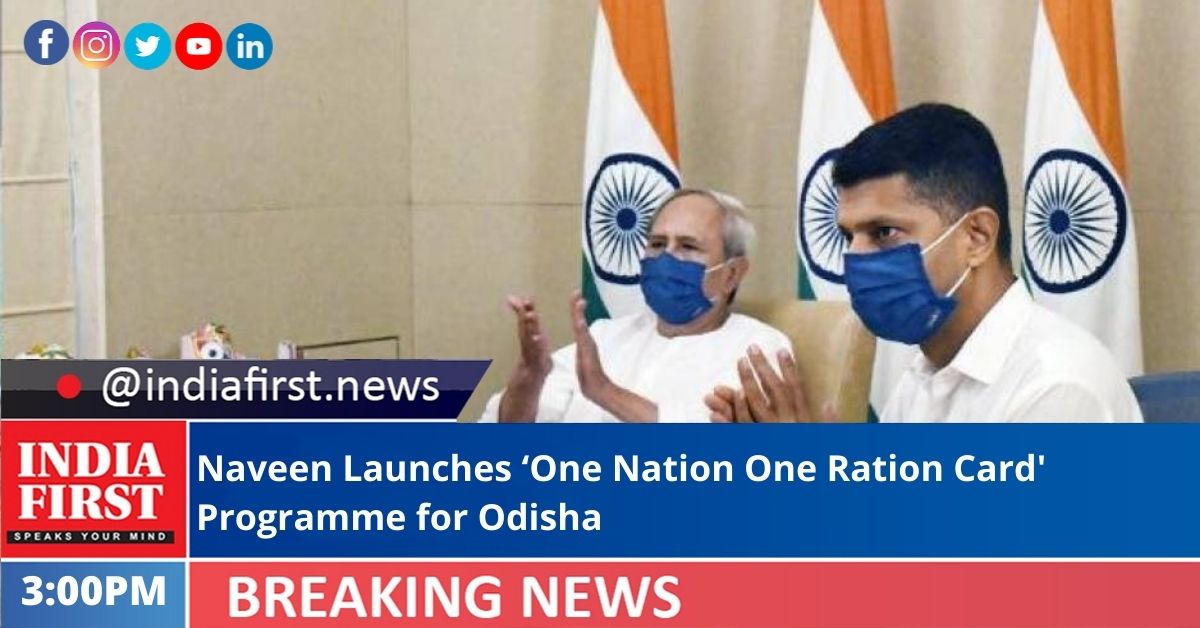 Odisha Chief Minister Naveen Patnaik today rolled out a ‘one nation, one ration card’ programme throughout the state.

The ‘one nation, one ration card’ programme has already been implemented as a pilot project in Bhubaneswar, and now, it has been extended all over the state, officials said.

Now onwards, all ration card holders of the state can avail their entitled food grains in any fair shop, inside or outside Odisha. This facility will be made available in all 10,578 fair shops all across the state, the officials said.

In his address at the virtual launch, Patnaik said: “Living with dignity is the right of every individual and no one can deprive the poor of this right. We have always respected this right of people through our various programmes and schemes. We will continue to work for the welfare of the poor.”

Stating that the food security scheme is the biggest welfare scheme of his government, he said about 3.5 crore members of 93 lakh families are getting benefits of the scheme. In 2008, the state government had started supplying rice at Rs 2 per kg to the ration card holders, as reduced it to Re 1 per kg in 2013.

“I have always said that our goal is to ensure that not a single poor person is deprived of food security,” he said.

The Chief Minister has also launched distribution of fortified rice under the public distribution system (PDS) in Malkangiri district, on pilot basis. As the fortified rice contains vitamin B-12 and folic acid, Patnaik hoped that it would be helpful for the health of poor people, especially women and girls.

Highlighting various welfare schemes in the state, he said the state government has taken steps for free education to children along with food security. Everything from school uniforms, shoes, books and bicycles – the government is providing to the students, Patnaik pointed out.

Free medical care is being provided to all in all government healthcare facilities. In addition, various livelihood schemes are being implemented for the poor. Mission Shakti scheme has given livelihood support to the women while the whole nation has praised the Kalia scheme launched for farmers, he added.