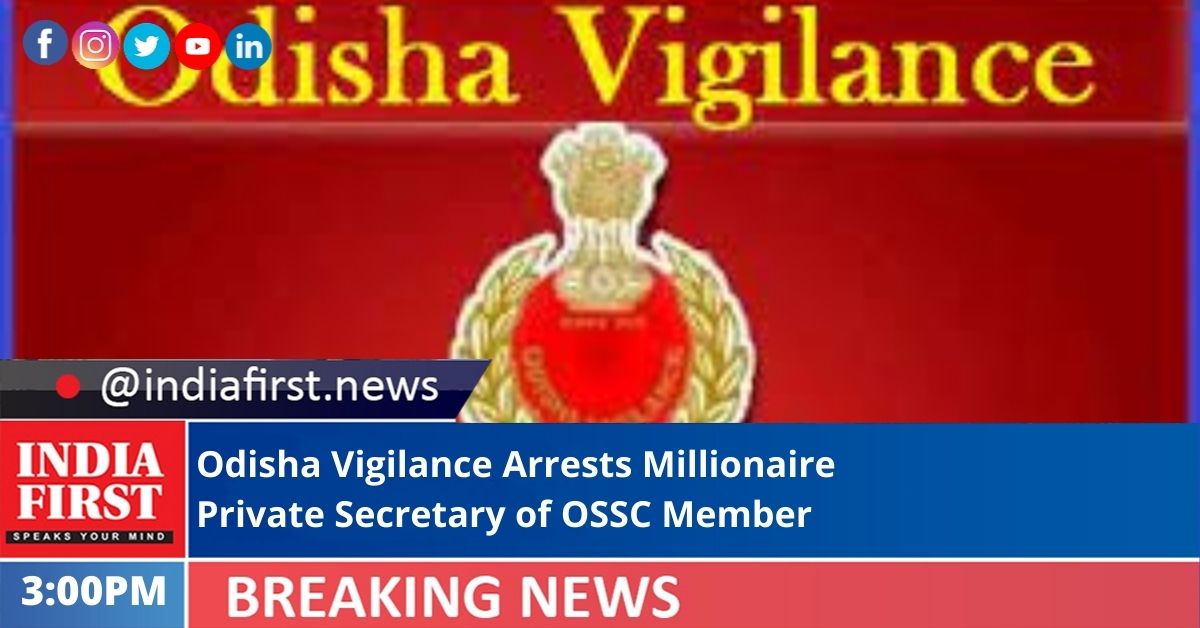 The Bhubaneswar vigilance division has arrested Sahoo, a day after tracing disproportionate assets of more than Rs 3.51 crore, the vigilance said in a statement.

Three teams of Bhubaneswar vigilance division conducted raids at six different places in Bhubaneswar and Cuttack on specific allegations of acquisition of assets disproportionate to the known sources of his income, it said.

The total estimated cost of all movable and immovable properties traced during the raid is about Rs 3.79 crore. However, the total cost of disproportionate assets is about Rs 3.51 crore, which is 268 per cent of his known sources of income, they said.

A case has been registered in this connection under sections of PC Act and Sahoo has been forwarded to the court of special judge, vigilance.