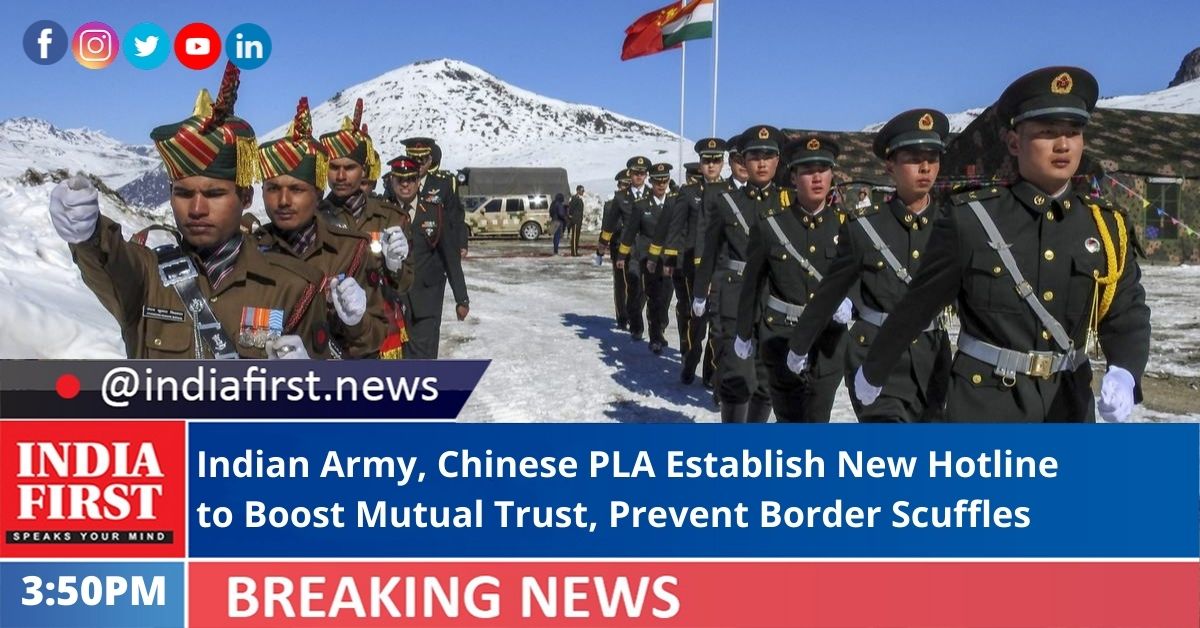 The Indian Army and the Chinese People’s Liberation Army (PLA) have established a hotline in the North Sikkim region to avoid any kind of skirmishes along the Line of Actual Control.

The Indian Army in a statement said that a hotline was today established between Indian Army in Kongra La, North Sikkim and PLA at Khamba Dzong in Tibetan Autonomous Region to further the spirit of trust and cordial relations along the borders.

“The event coincided with the PLA Day on August 1, 2021,” the Indian Army stated.

The force stated that the armed forces of the two countries have well-established mechanisms for communication at ground commanders level. These hotlines in various sectors go a long way in enhancing the same and maintaining peace and tranquillity at the borders.

The inauguration was attended by ground commanders of the respective armies and a message of friendship and harmony was exchanged through the Hotline.

Earlier this year on January 20, Indian and Chinese troops physically clashed in the high-altitude area of Naku La in north Sikkim with several soldiers being injured on both sides after Indian troops repelled an attempt by the Chinese troops to enter Indian territory.

The PLA has been showing assertiveness all along the Line of Actual Control even as Indian Army remains in a state of high alert to respond to aggressive actions. The minor face-off was resolved by local commanders as per established protocols.

Last year on May 9, both the countries troops had also clashed at Naku La, which had left several soldiers on both sides injured.

It happened just after the violent clashes on the north bank of in eastern Ladakh on May 5-6 when PLA was making multiple attempt of incursions into the Indian territory.

For India, the Sikkim border, including the tri-junction, is extremely critical and sensitive. It is because if a Chinese breakthrough happens here, they can reach, and block, the Siliguri corridor – a narrow, 27-km wide strip of Indian territory that connects India’s entire northeastern region with the rest of the country.

The Chinese control over the Siliguri corridor could cut off the entire northeast. To prevent this, India guards Sikkim heavily with two mountain divisions.

The Indian army has safeguarded the Sikkim border, even through a major firefight in the nearby Nathu La in 1967.