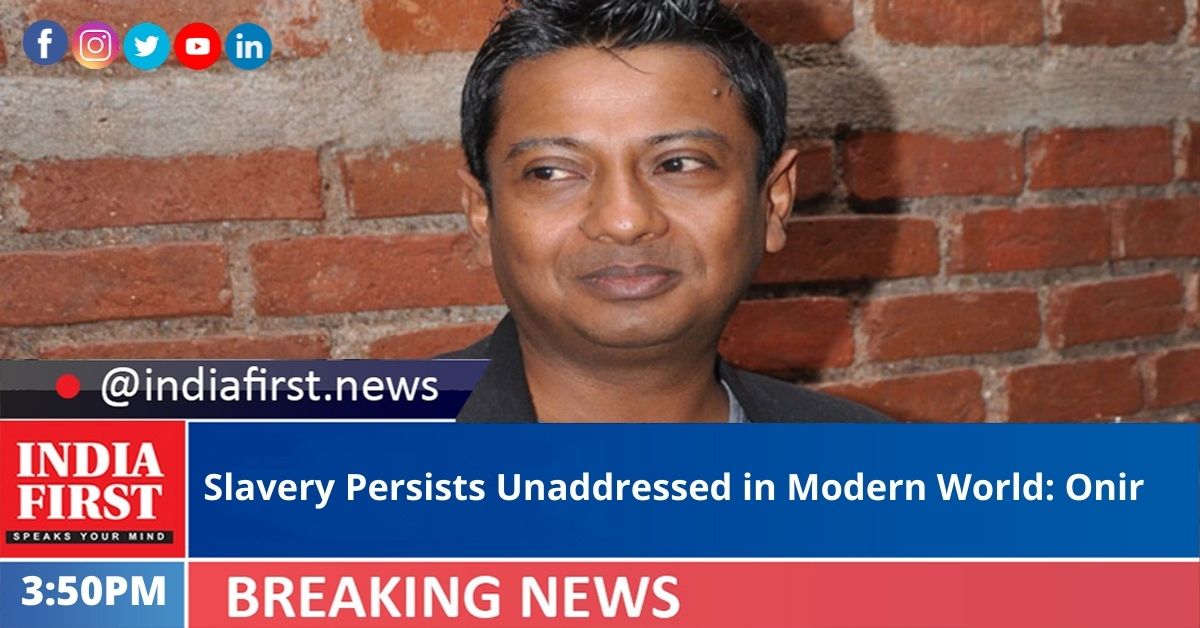 National Award-winning filmmaker Onir is one of the jury members of the short film section of the upcoming Indian Film Festival of Melbourne along with Bollywood actress Richa Chadha.

As the theme of the short film section is modern slavery and equality, the ‘My Brother… Nikhil’ filmmaker shares his opinion on the intense issue of slavery and inequality.

Onir said: “I think modern-day slavery is one of the themes very prevalent in our society that we do not address as much as we should. It is one of the worse forms of human depravity and when it comes to human trafficking, which of course is a part of slavery, snatching away human dignity, the basic rights of people. Human trafficking is a global issue and our south Asian country is included in them. Since cinema is a powerful medium, we need to take the opportunity to address the matter and provoke the thought in the minds of people.”

As the film festival is taking place in Melbourne and the audience of such festivals is intellectual, the filmmaker believes that such platforms are the perfect opportunity to highlight the ugly truth of humanity as well.

Emphasising the involvement of different countries in modern-day slavery, Onir explained: “When it comes to countries, it is mostly people from South Asia, Africa, Latin America, Eastern Europe getting trafficked into America, other European countries, in Canada and others. So mostly, it is those poor people being trafficked and their dignity of life is taken away as they serve for the benefit and pleasure of the rich people.

“And somewhere the so-called ‘developed world’ plays a huge role in assisting in the very inhuman form of business. Also, I would like to add that slavery is not just about human trafficking but also other matters like child labour, silencing the voice of the minority by the states and its laws.”

The Indian Film Festival of Melbourne is happening on the ground as well as virtually. The physical festival will take place between August 12 to 15. Keeping the global pandemic and travel restrictions in mind, the festival organisers have also arranged a virtual edition of the festival between August 15 and August 30.

The director of the festival is Mitu Bhowmik Lange and it is organised by the state government of Victoria.