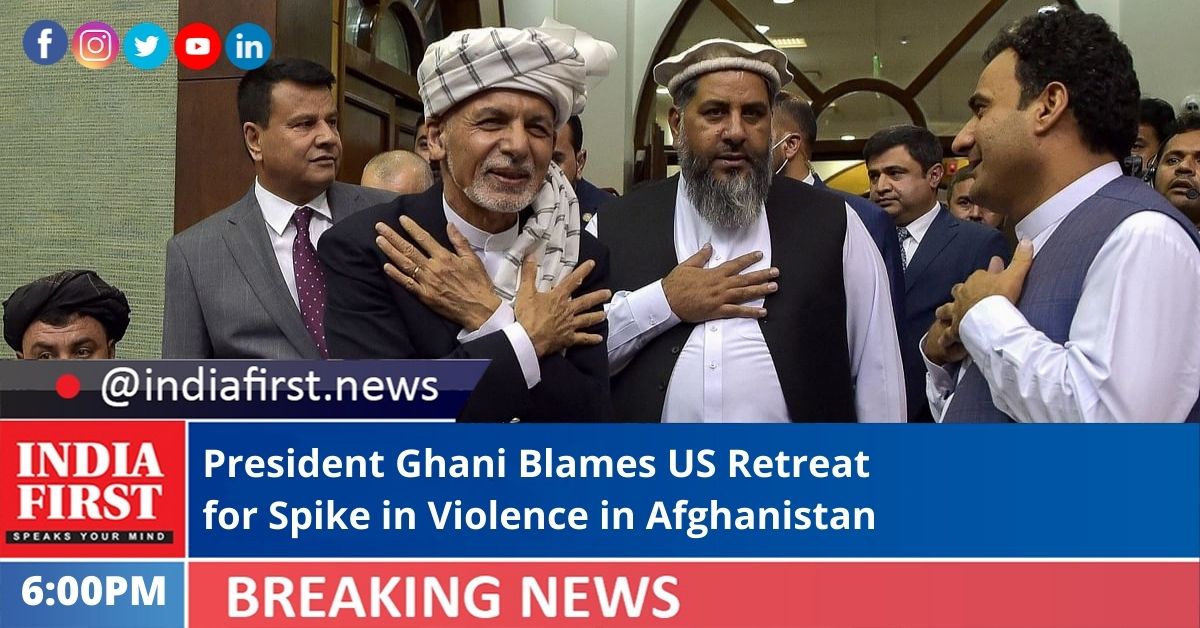 Afghan President Ashraf Ghani has blamed the speedy withdrawal of US-led troops for the worsening violence in his country, as government forces are struggling to prevent provincial cities from falling to the Taliban amid a major escalation in fighting, a media report said.

Yesterday, Ghani told Parliament that “an imported, hasty” peace process “not only failed to bring peace but created doubt and ambiguity” among Afghans.

In an apparent recognition of the scale of the Taliban advance, Ghani said that his administration would now focus on protecting provincial capitals and major urban areas in the face of a rapid Taliban advance.

“The Taliban do not believe in lasting or just peace,” he said.

Fighting raged in Lashkar Gah, Helmand’s provincial capital, where the Taliban launched coordinated attacks on the city centre and its prison after the government announced the deployment of hundreds of commandos to the area, the report said.

The building sits just 400 metres to the north of the provincial governor’s office, which was still under the control of the government, along with a few other government installations.

The vast poppy fields in the provinces provide the lion’s share of the opium for the international heroin trade, making it a lucrative source of tax and cash for the Taliban’s war chest, the report added.

The loss of Helmand’s capital would be a massive strategic and psychological blow for the government, which pledged to defend provincial capitals at all costs after losing much of the rural countryside to the Taliban over the summer.

The Kandahar airport came under attack overnight on August 1, with the Taliban firing rockets that damaged the runway, leading to the suspension of flights for several hours.

The facility is vital to maintaining the logistics and air support needed to keep the Taliban from over-running the city, while also providing aerial cover for large tracts of southern Afghanistan including nearby Lashkar Gah.

In the west, hundreds of commandos were also defending Herat after days of fierce fighting.

“The threat is high in these three provinces, but we are determined to repel their attacks,” the Afghan security forces spokesperson Ajmal Omar Shinwari told reporters August 1, adding it was an “emergency situation”.