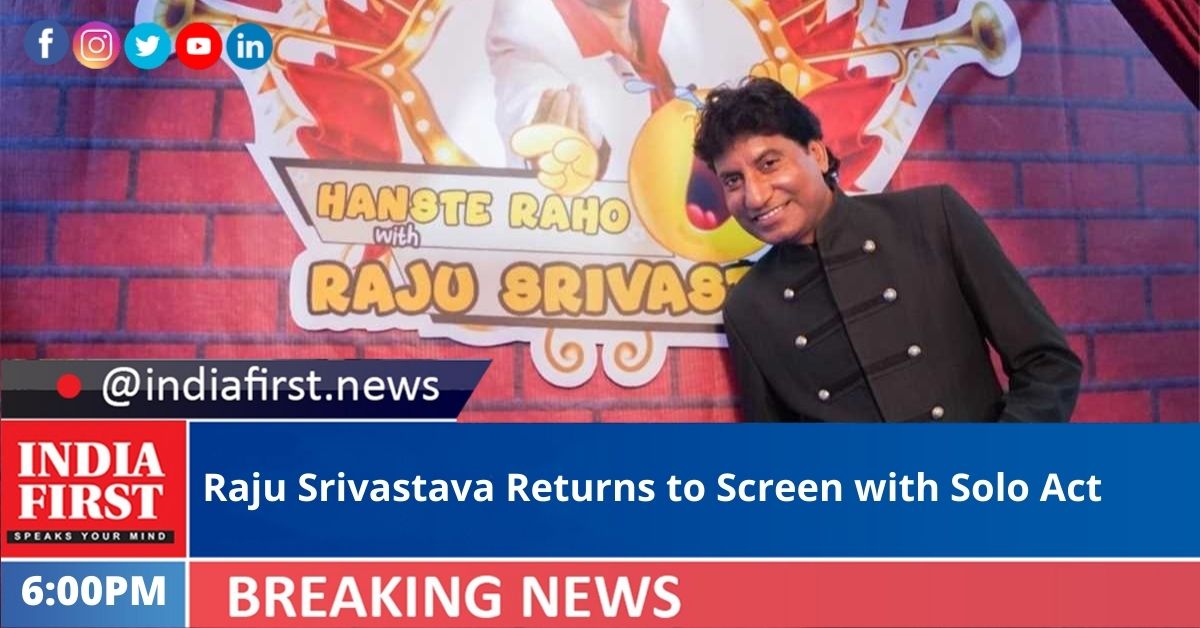 Raju said: “Today the demand for laughter is more as the requirement has increased. We have jobless Indians looking for a way to laugh or people affected with coronavirus finding a reason to laugh. Laughter is the best medicine.”

Talking about the evolution of comedy shows from TV to OTT, he said: “We all have to move with time, evolution is the law of nature. The growth is still minimal, the growth has to be magnificent to say that comedy has reached OTT, we have done films, TV and we will not leave OTT.”

He added: “We still have people who are not satisfied with life and the people making us laugh are not in large numbers. To make a population of 135 crore laugh, one needs to work hard.”

With an experience of 40 years, Raju Srivastava is making a comeback with the solo show. Along with him, TV’s tabla player Surinder, Ashok Mishra, Dipoo Srivastava and Abhinandan will be part of the show. The series will be topical as well as funny.

“When the producers Sarla and Rahul approached me for this project, I immediately said yes. I have been working on this series for a long time and I think it’s the best time where people could laugh and release all their stress,” said Raju.

“We have all grown up watching Raju Srivastava, he is a mind-blowing comedian and a great artist. We thought it would be great to get him back on screen so that the younger generations can also see him perform and enjoy,” said producer Rahul Aggarwal.

The show will either be released on GEC or OTT platform.