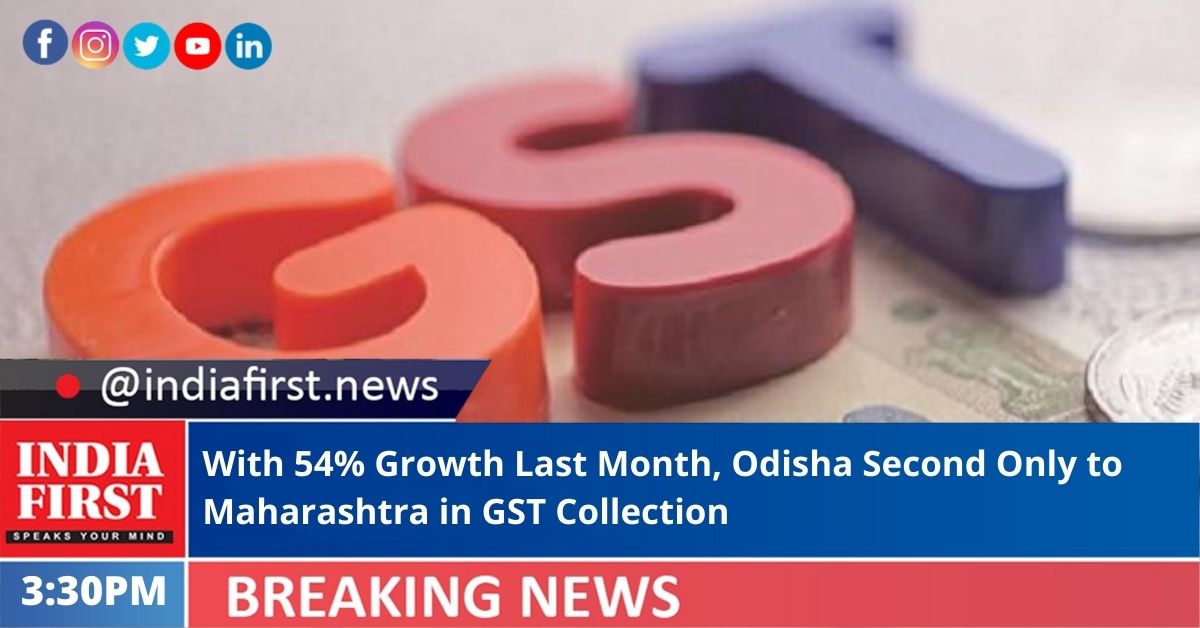 Odisha recorded 54 per cent growth in Goods and Services Tax (GST) collection in July as compared to the corresponding month of the previous year, officials said yesterday.

According to an official statement issued by the office of the state GST commissioner, Odisha collected GST worth Rs 3,615 crore in July 2021 as against Rs 2,348 crore collected in July last year.

This growth rate of GST in Odisha is the second highest among all major states in India after Maharashtra, the statement said.

GST collection till July end of this financial year is Rs 13,661 crore, as against Rs 7,540 crore collected till July last year, thereby recording a growth of 81 per cent.

The revenue collection from liquor recorded a growth of 36.36 per cent, officials said.