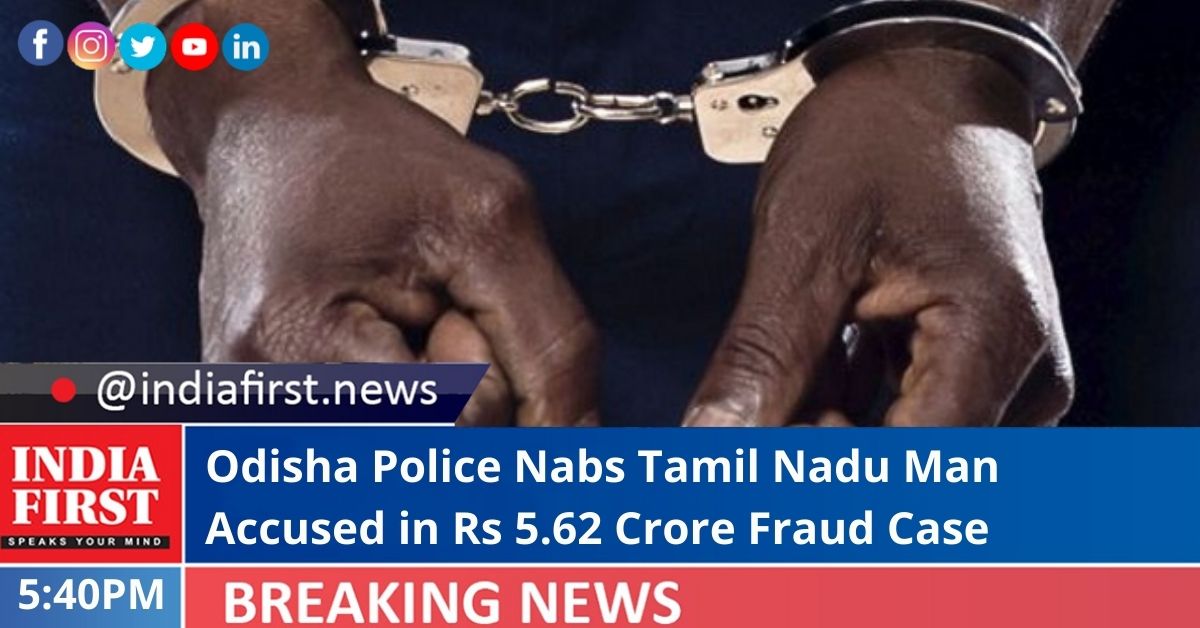 The Odisha police has arrested one person from Tamil Nadu on the allegation of fraud to the tune of Rs 5.62 crore, police said today.

The Economic Offences Wing (EOW), Bhubaneswar has arrested the accused S. Kathiresan of Trichy from Trichinapalli district of Tamil Nadu in connection with a bank fraud case registered in 2015, the police revealed.

Since registration of the case, the accused had absconded evading police arrest. The arrest was made on the basis of a complaint filed by K.N. Narasimha, the then chief manager of erstwhile Corporation Bank (now Union Bank of India), the EOW said in an official statement.

During the year-2009, the accused, in the capacity of managing director of Jagannatha Financial Services Ltd & CEO of KAS Foundation had availed a loan of Rs 5 crore for the purpose of lending the same to the SHG/Joint Liability Group etc, a police official said.

However, the company failed to pay the instalments and finally the account turned NPA in November 2011 with an outstanding balance of about Rs 5.62 crore.

It was also found that the Kathiresan had disbursed the loan to non-existent agriculturists and submitted fabricated & false documents to the bank with criminal intention to defraud the bank to the likely amount and misappropriated the huge amount for his own use, the official said.