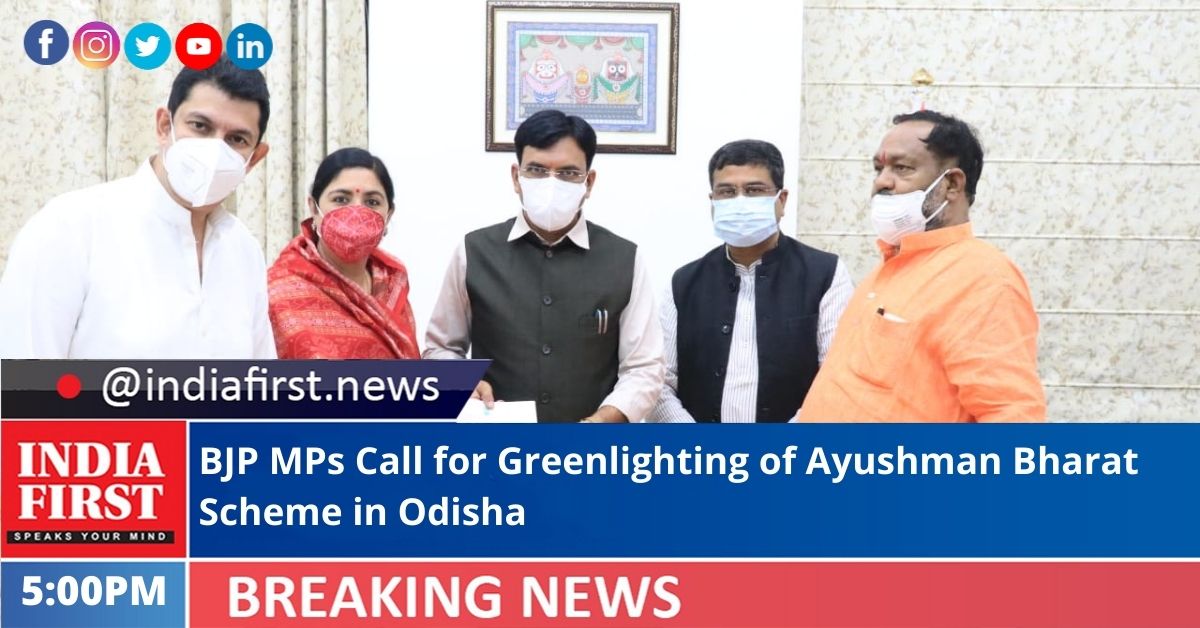 A delegation of the BJP MPs led by Union Minister Dharmendra Pradhan yesterday met Mandaviya in New Delhi and submitted a memorandum in this regard.

“It greatly pains us to inform that even after 3 years since the launch of the AB-PMJAY scheme, Odisha remains one of the few states where the government has not implemented Ayushman Bharat thereby depriving almost 60 lakh needy beneficiaries from availing this pro-poor healthcare services,” the MPs said in the memorandum.

The MPs said that the per capita spending by the Odisha government on healthcare is only Rs 1,501 in FY 2020-21 compared to the national average of Rs 1,944. As per the recently released Niti Aayog SDG Index 3.0, Odisha ranked 18 when it comes to SDG 2 (Good Health and Wellbeing).

Further, as per the 15th Finance Commission, Odisha has 12th poorest in doctor-population ratio in the country at 1 doctor per 1,864 persons, in comparison with the national average of one doctor per 1,456 prsons, the memorandum said.

“Odisha’s dismal medical infrastructure was most recently exposed by utter failure of the state healthcare system during Covid-19, and especially during the 2nd Wave. There wasn’t even a single state government hospital with a dedicated oxygen PSA plant, and Odisha underwent an acute shortage of tertiary healthcare infrastructure facilities,” read the memorandum.

They said the Odisha government is busy in justifying this inexcusable travesty by claiming that its own healthcare programme “Biju Swasthya Kalyan Yojana (BSKY) is sufficient for providing healthcare to the people of the State.

However, the BSKY is mostly restricted to facilities within the state thereby restricting usage by migrant workers at their place of work as well as denying the choice of availing better healthcare options available to people of Odisha, outside the State, they added.

The parliamentarians urged the health minister to direct the state government for implementation of the Ayushman Bharat for the larger interest of people of Odisha, especially for the migrant workers.