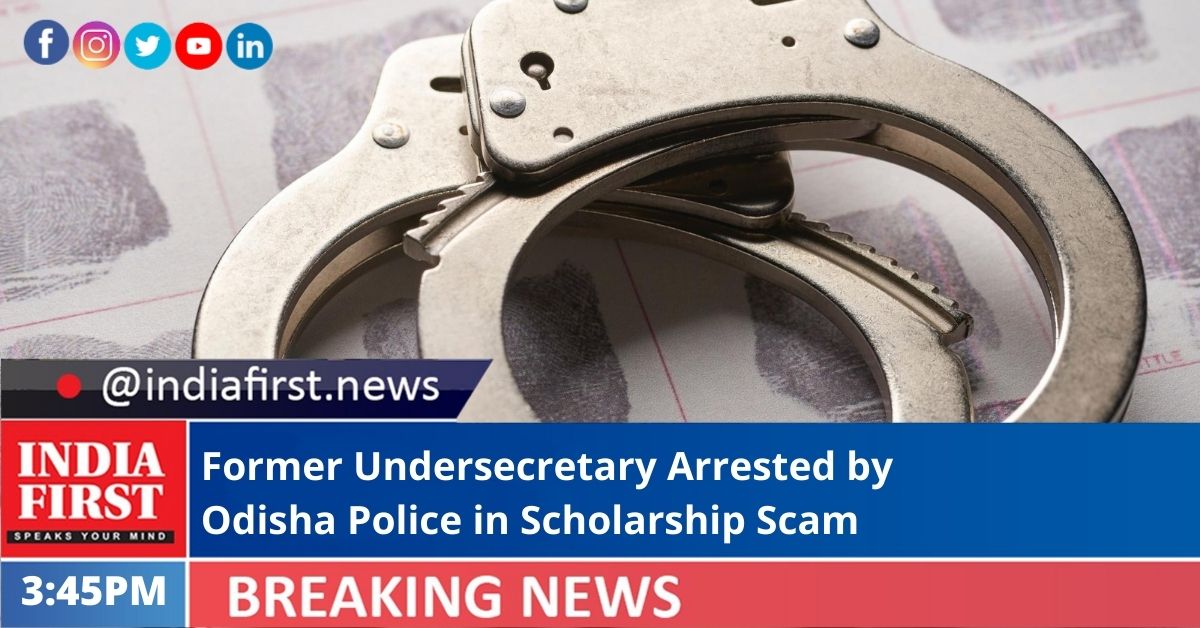 The Economic Offences Wing (EOW) of Odisha police has arrested a retired undersecretary in connection with the E-Medhabruti (scholarship) scam to the tune of Rs 36.10 lakh, police said yesterday.

The arrested person is Prakash Chandra Rath, who was involved in the scam during his tenure as undersecretary, in-charge of scholarship section in the higher education department of Odisha government. He is being forwarded to the court of SDJM, Bhubaneswar, the police said.

He has been arrested from his residence in connection with the case registered in 2017 in the matter of financial mismanagement and irregularities in payment of E-Medhabruti (scholarship) in the year 2014-15 to large number of ineligible students, leading to huge loss to the government exchequer, the EOW said in a statement.

The EOW said that Prakash in a criminal conspiracy with others had sanctioned scholarships to the tune of about Rs 36.10 lakh in favour of as many as 235 numbers of non-bonafide/non-eligible students, violating the existing rules/norms.