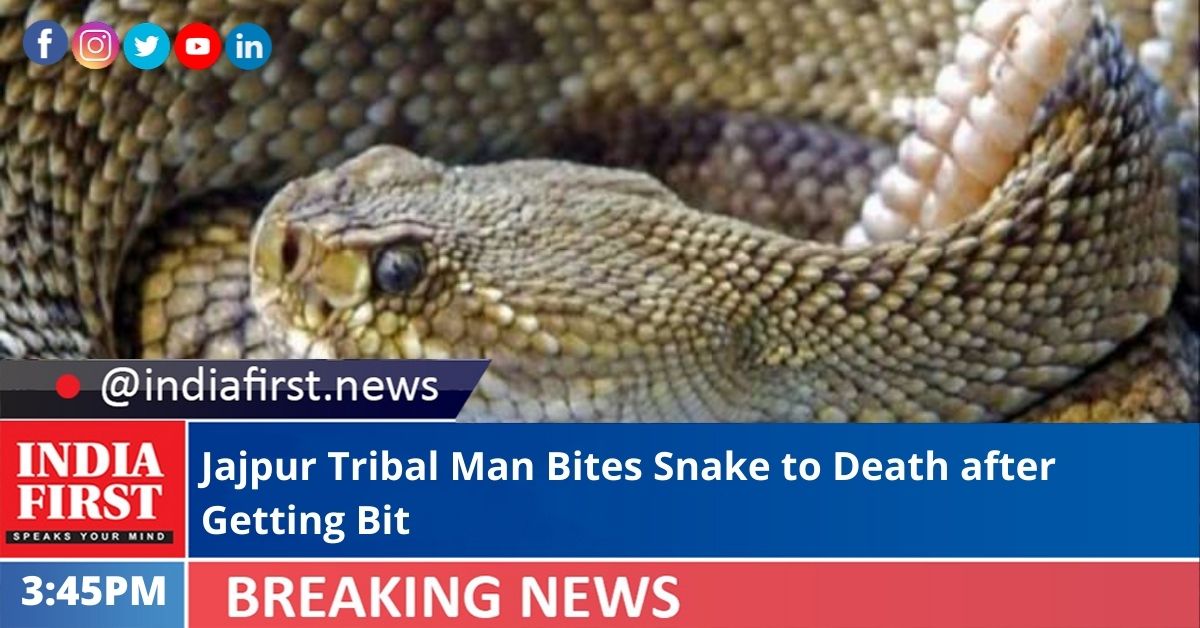 A tribal man from Odisha’s Jajpur district bit a poisonous snake, which had reportedly bitten him.

The man has been identified as Kishor Badara from Gambharapatia village under Shalijanga panchayat in Jajpur district.

“While I was going for work on Wednesday evening, I suddenly stepped on a snake, which bit me. Immediately, I bit the snake (called ‘Chiti’ locally) and drank its blood,” Badara said.

Later, he held the snake and moved around the village, flaunting the carcass, the video of which went viral on social media.

After seeing Badara, the villagers requested him to rush to the hospital as the snake was stated to be poisonous. However, Badara chose to get treated by a local quack, the locals said.

He has not complained of any health complications so far.