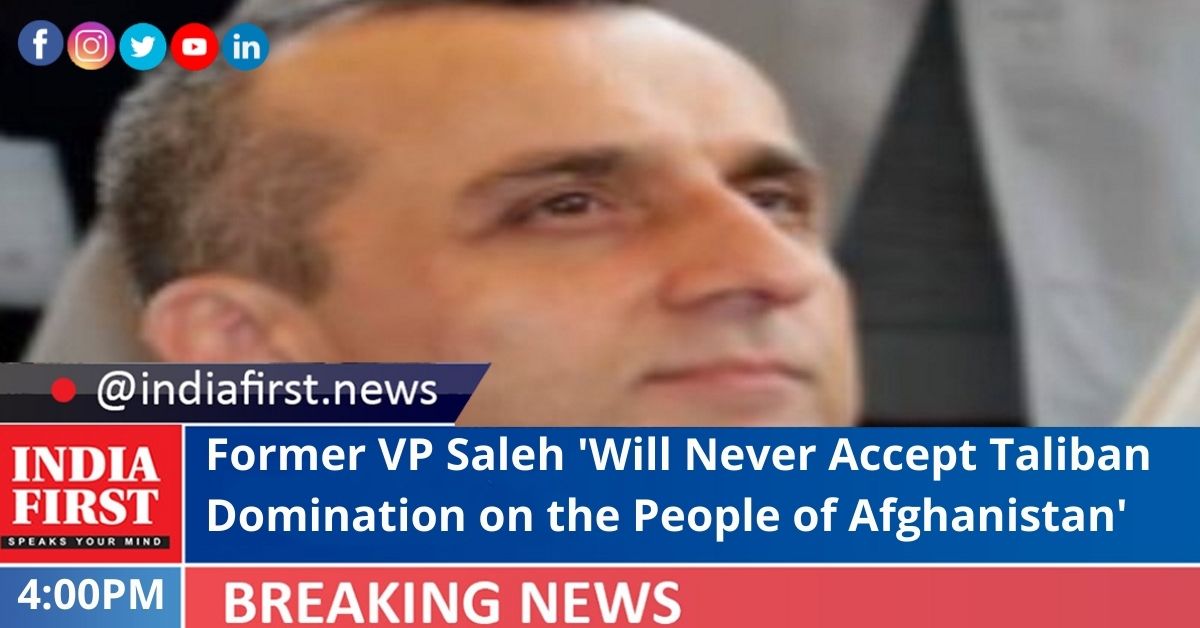 Afghanistan’s First Vice President Amrullah Saleh said the government will continue its fight against the Taliban by fully supporting the Afghan National Defense and Security Forces (ANDSF) and the public uprising forces.

Taking to Twitter today, Saleh said it was a key decision made by the government’s security meeting chaired by President Ashraf Ghani.

“In today’s meeting on national security chaired by President Ashraf Ghani, it was decided with conviction and resolve that we stand firm against Taliban terrorists and do everything to strengthen the national resistance by all means and ways.”

In another post, Saleh said that the Taliban will be defeated and that he will never surrender to the group.

He did not provide details on the reasons behind the current situation in the country but said he will not bow to any deal named peace with the nature of surrender.

“I will never accept Taliban domination on the people of Afghanistan under any deal that is dictated and imposed by Taliban,” the First Vice President added.

But the Taliban, who overran at least 17 provincial capitals in the past one week, in a statement asked government officials to surrender and that they will be forgiven.

TOLO News reported that some politicians and lawmakers said that the current situation is due to the government’s “wrong policies”.

“The Presidential Palace or presidential advisers and minister should explain the situation,” said Sayed Jawad Mohseni, a religious scholar.

“Nowhere in the world, it is in a way that those who are responsible do not feel their responsibility towards the people and the government, and apply policies that do not favor national interests,” former Vice President Ahmad Zia Massoud said.

“They were busy in taking seats and land grabbing and were seeking ways to fill their pockets,” said Asif Sediqqi, a senator.

But an analyst blamed the US and other countries’ policies towards Afghanistan.

“The main reason behind the current crisis and bloodshed in Afghanistan is the US and its close allies,” said Shakib Muntazeri, a university lecturer.