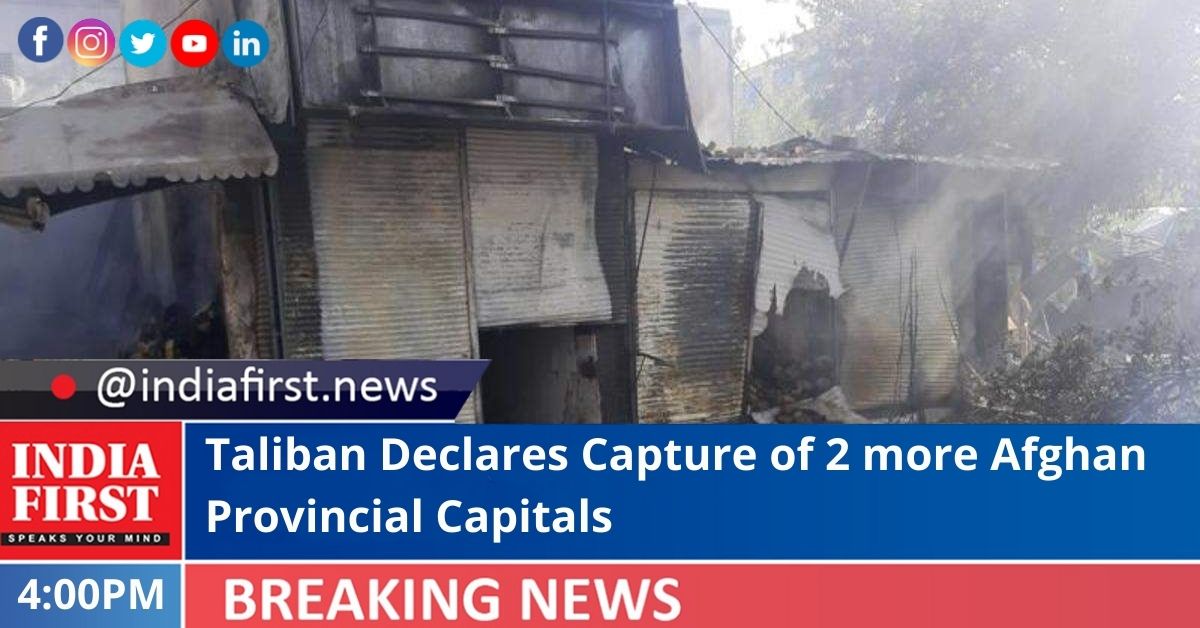 The Taliban has claimed to have captured two more provincial capitals in Afghanistan after over-running over a dozen others in the past one week.

He also said that most parts of Pul-e-Alam, the capital of Logar province, has fallen to Taliban, adding that clashes continued at an intelligence agency office and two army bases in the city.

Pul-e-Alam, about 60 km south of the national capital of Kabul, has witnessed heavy clashes since early Friday when Taliban stormed the city from different locations.

Meanwhile, Afghanistan’s Defence Ministry said in a statement earlier yesterday that at least 21 Taliban members were killed following an airstrike on the outskirts of Pul-e-Alam.

A militants’ vehicle, weapons and ammunition were destroyed by the raid, which was carried out by the Afghan Air Force, according to the Ministry.

The Afghan government is yet to confirm the claim by the Taliban of capturing Tirin Kot and Firoz Koah.

In Herat province, Taliban said that Ismahil Khan, a former anti-Soviet jihadi leader, together with provincial officials, military commanders and hundreds of soldiers surrendered to the Taliban members.

Earlier in August, the UN Office for the Coordination of Humanitarian Affairs (OCHA) expressed deep concerns about the safety of civilians in several provincial capitals for fear that tens of thousands were trapped by the intense fighting.